Bethesda says it's performed its "largest engine overhaul since Oblivion" to ensure its Creation Engine is in tip-top shape for next-gen hardware. 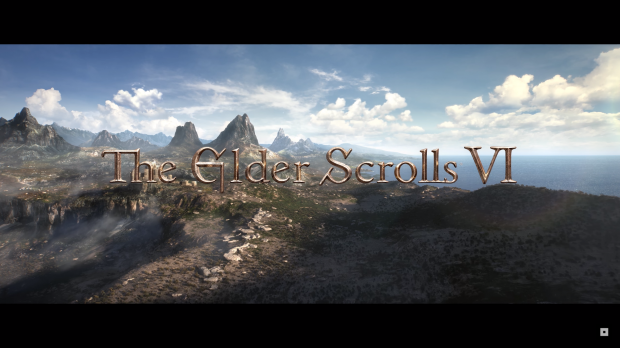 Today Microsoft bought Bethesda parent company ZeniMax Media for $7.5 billion, and acquired the rights to Fallout, Elder Scrolls, Doom, and everything else ZeniMax owned. It's a big, big deal for Xbox and the future of RPGs. Nestled in Todd Howard's announcement post is mention of new engine optimizations for Bethesda Game Studios' two big new games: Starfield and Elder Scrolls 6.

Howard says both Starfield, its new singleplayer interstellar RPG space epic, and The Elder Scrolls VI will be powered by a new-and-improved version of the Creation Engine. This new engine update is specifically optimized for next-gen console hardware, including the Xbox Series X and Series S duo, Howard says.

"With each new console cycle, we evolved together. From bringing mods to consoles" with Fallout 4, now over a billion downloads, to the latest technologies fueling Xbox Series X/S. These new systems are optimized for the vast worlds we love to create, with generational leaps not just in graphics, but CPU and data streaming as well. It's led to our largest engine overhaul since Oblivion, with all new technologies powering our first new IP in 25 years, Starfield, as well as The Elder Scrolls VI," Howard said in the post.

Of course we don't know exactly what these optimizations are, but expect to see next-gen staple features like ultra-fast loading, more immersive worlds thanks to the capable data streaming tech of DirectX 12 Ultimate APIs like DirecStorage and the new Velocity Architecture, new advanced visual features like ray tracing, and more.

This echoes what Howard said in March about Bethesda's next-gen visuals technology it's developing specifically for TESVI:

Also expect to see both Starfield and Elder Scrolls VI release on Game Pass day and date of release.

Bethesda Game Studios and all of it the Softworks internal studios like Tango, id, and MachineGames are now first-party Xbox studios. That means all of their games will simultaneously launch on Xbox, PC, and Game Pass--complete with integrated streaming via Project xCloud.

Today is a great day to be an Xbox gamer and Bethesda's inclusion into the brand will bring decades' worth of value.