It appears Nintendo is once again manipulating supply of its games. This time it's a target business decision to sell more digital copies on its eShop network, where it keeps 100% of revenues.

Nintendo, like every other games-maker, wants to sell most of their games digitally. There's no manufacturing costs or shipping costs with digital, and Nintendo keeps 100% of all game sales earnings from first-party titles sold on the storefront. It's a win-win.

This digital-first plan is a big reason why Super Mario 3D All-Stars is only being sold for six months. After six months, the game will be discontinued digitally and physically. Now in an effort to push more digital sales, Nintendo is apparently restricting stock of retail copies of Super Mario 3D All-Stars. Some retailers in the UK are even cancelling all pre-orders and confirm Nintendo is shipping "woefully short" supply of the game.

In short, it's the NES Classic Edition situation all over again. Nintendo is pretty much giving you no other option to buy the game except on digital platforms.

"We have just been notified of our allocation of Super Mario 3D All-Stars and it is woefully short. We will be unable to fulfill your order on the day of release. Nintendo and their UK distributors are unable to guve us any reassurance that more stock will become available after release, so we have cancelled all pre-orders,"UK retailer Base told consumers in an email.

Other retailers like Amazon have sold out of copies entirely.

So why is Nintendo doing this? It's an artificial manipulation of game sales across a three-quarter period. Here's a full-length explanation on Nintendo's game plan.

Not only do they want to ensure more games are sold across the sixth-month period, no-doubt to help swell their software sales figures, but to ensure digital earnings continue to spike.

This is an interesting move. Nintendo already had their best Q1 in the Switch era, and game sales are up to record levels thanks to Animal Crossing's stellar 10 million+ sales performance. But that's not enough, and Nintendo wants to boost those numbers even more with a targeted Mario remaster re-release.

Super Mario 3D All-Stars releases September 18, 2020 on Switch. Don't expect to find a copy in the store. If you want it, buy it online, and this is exactly what Nintendo wants. 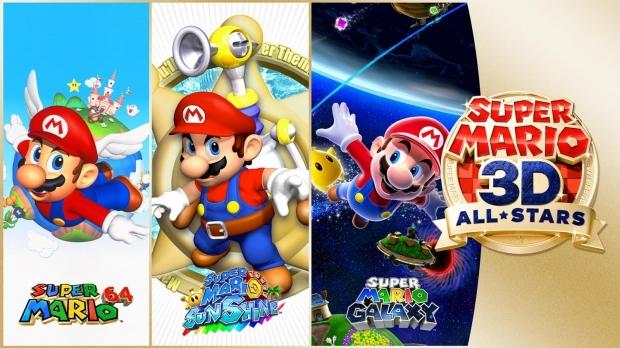