Vuzix Corporation isn't well known in the consumer market, but it has been a leading name in the enterprise wearable space for years. That's all about to change, though. Vuzix plans to launch a pair of designer smart glasses next year. 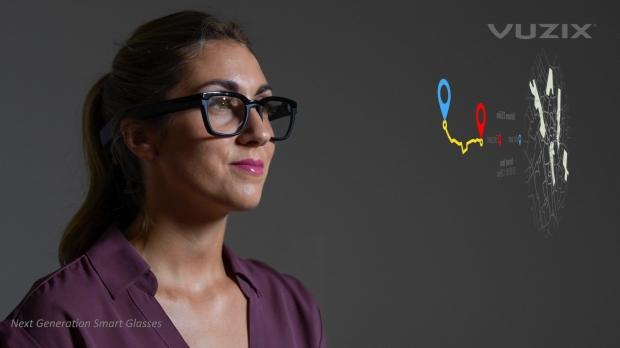 Vuzix revealed that it's currently working on its next smart glasses platform, including products that range from a "reasonably priced" consumer-friendly model to higher-end enterprise-focused products.

Vuzix said that its upcoming smart glasses would employ binocular micro-LED displays with waveguide optics to project the virtual image into the user's view. Vuzix didn't give specifics, but it said the new headsets would offer a wider field of view than previous Vuzix smart glasses models.

"Vuzix has been working on wearable display technology for the last 20 years, and we are excited to announce this culmination of breakthroughs in the development of our technology that opens the door for a new wave of consumer and enterprise smart glasses devices from Vuzix. A balance of technology, style and substance is embodied in the industrial design and specifications of our next-generation smart glasses," said Paul Travers, President and Chief Executive Officer at Vuzix.

The upcoming smart glasses would include typical wireless communication standards, such as Bluetooth and Wi-Fi. The higher-end models will also offer LTE integration, which would allow you to use them for cellular communication. The headset includes a noise-cancelling microphone and "patent-pending immersive stereo acoustic speakers" to facilitate voice communication.

Vuzix's upcoming smart glasses feature an integrated CPU, but they do not include a full computing system. You will need to pair the headset with an Android smartphone to access the smart features. The LTE-enabled models will support independent cellular communication.

Vuzix didn't say when the new smart glasses would be available other than to say they "expect" to launch them in 2021.