Witcher 3's May 2015 launch generated tons of revenue for CD Projekt RED, and Cyberpunk 2077 is poised to do the same. 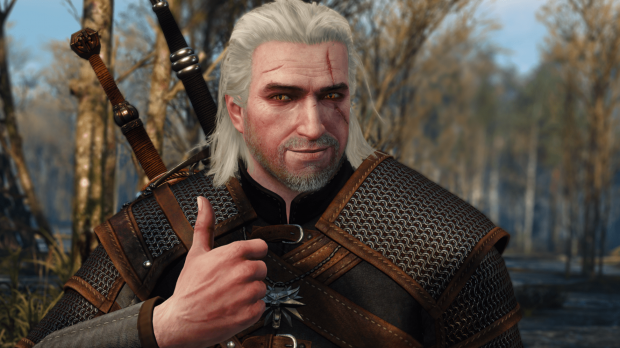 While scanning CD Projekt's latest H1'20 corporate report I found something interesting. A graph in the report highlights how much earnings spike every 4-5 years when a new game is released. The graph clearly shows Witcher 3 managed to break over 462.5 million Polish zloty in Q2'2015, which means the game generated over roughly $120 million in revenue in two month's time (CDPR's Q2 periods end on June 30).

To date the Witcher trilogy has sold over 50 million copies across all platforms.

The Switch re-release of Witcher 3 also helped spark sales. The game managed to rake in at least 156.25 million Polish zloty in Q4'19, equating to roughly $40.62 million.

Read Also: The Witcher 3 is a sales revenue monster

Based on these figures, Cyberpunk 2077 is poised to do the same when it releases on November 19, 2020, which coincides with CDPR's Q4'20 period.

"In the first half of 2020 the CD PROJEKT Group's results were primarily affected by sales of The Witcher 3: Wild Hunt and its expansions (Hearts of Stone and Blood and Wine), sold separately as well as in the Game of the Year Edition bundle for the PC, Xbox One, PS4 and Nintendo Switch,"the report reads. 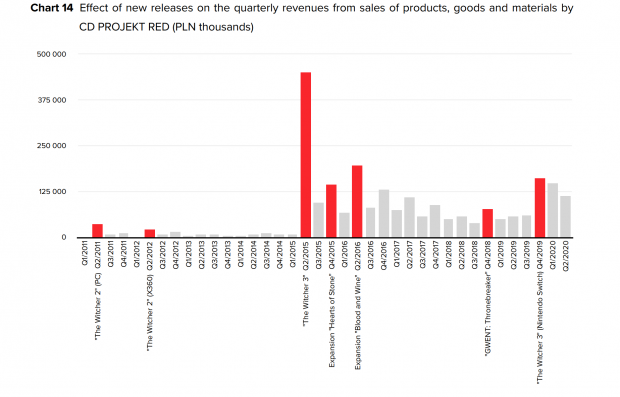