An interesting new custom-designed GPU is being made by Apple right now, with the new custom GPU to power Apple's first ARM-based iMac in 2021. 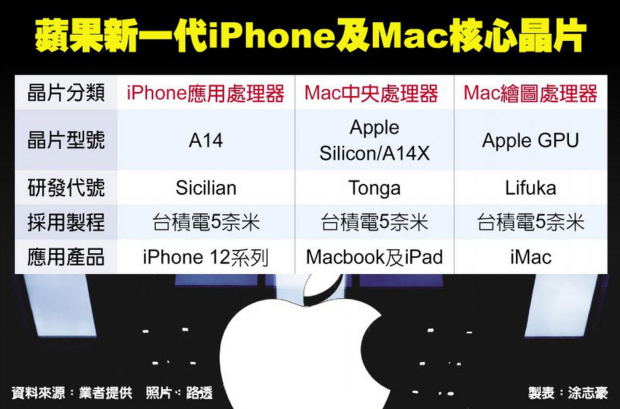 But according to a new report, we now know about codename "Lifuka" which is Apple's in-house GPU that will be made by TSMC (Taiwan Semiconductor Manufacturing Company) on its new 5nm node. The China Times reports, however, that Apple's new chip will be faster, and more power efficient than the Intel chip it replaces.

The China Times writes: "In the past, Apple introduced Mac personal computers with Intel CPUs, equipped with NVIDIA or AMD GPUs, but industry insiders pointed out that Apple has cancelled support for AMD GPUs in the macOS Arm 64-bit operating system, indicating that Apple will be adopted in the future".

"According to relevant sources, Apple's self-developed GPU is progressing smoothly. The research and development code is Lifuka. Like the upcoming A14X processor, it is produced using TSMC's 5nm process. Apple has designed a series of processors for Mac personal computers. The new GPU will provide better performance per watt and higher computing performance. It has tile-based deferred rendering technology that allows application developers to write more powerful professional application software and game software".