WB Montreal finally unveiled Gotham Knights, their new two-player Batman game. We take a closer look at the new details and outline what you need to know. 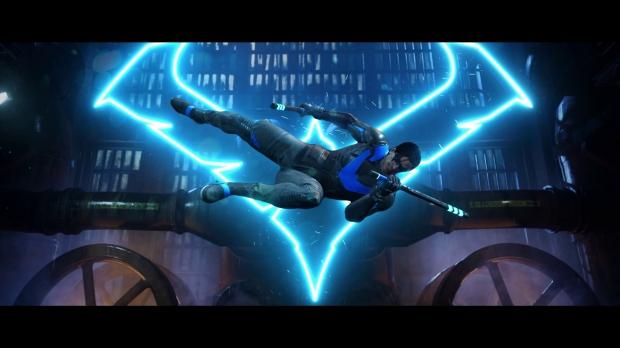 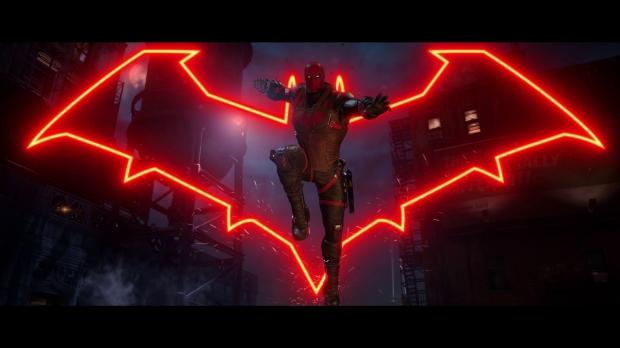 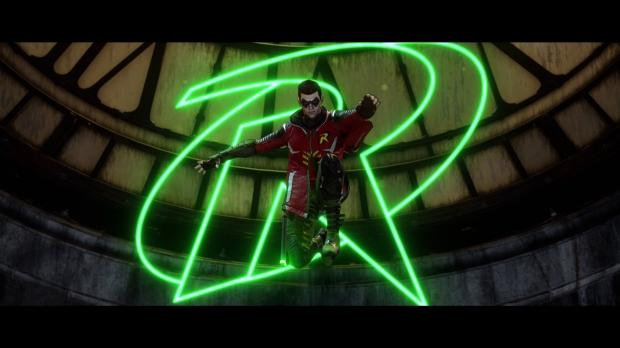 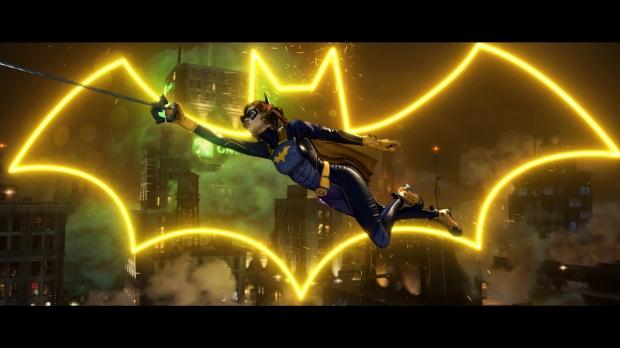 For the first time in a long time, the new Batman game won't star Batman. In fact, Batman is dead in the game. Gotham Knights stars four other characters from the bat family--Batgirl, Red Hood, Nightwing, and Robin--and focuses on a "dynamic, interactive" Gotham City that's constantly changing and reacting to your decisions and what villains are doing.

It's basically set up to be a big interactive movie. For example, Mr. Freeze blankets Gotham in ice, changing the roads and the environments completely. This kind of thing can happen depending on which villain your fighting. The storyline is set in arcs, and Gotham is reactive and alive. 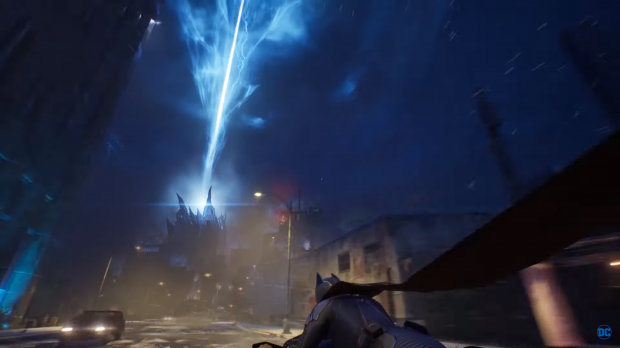 It's not a live service game

Gotham Knights isn't a live service game, but it does have GaaS-style elements.

Think of it more as a new Arkham series with two-player co-op. It's primarily a feature-length type of experience instead of an always-evolving live game with tons of content and updates. That's not to say it won't get those kinds of updates, but the game is clearly not built around extensive online multiplayer. The two-player focus tells us that engagement strategies won't be the same as something like, say, Destiny, which is predicated on deep social play.

This is a more premium experience with big setpieces, storylines, and no-doubt lots of collectibles. It can be played entirely singleplayer.

That being said, enemies do have levels, there's huge open areas to fight in, and you progress like a live game. 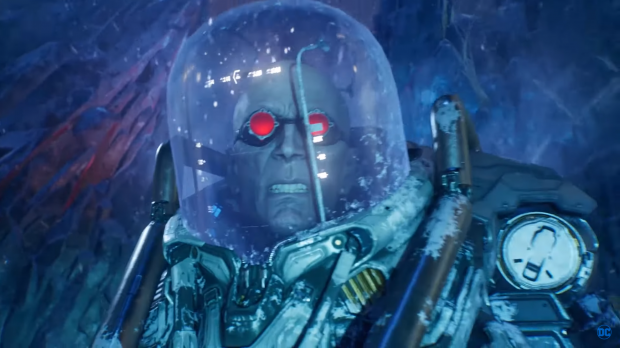 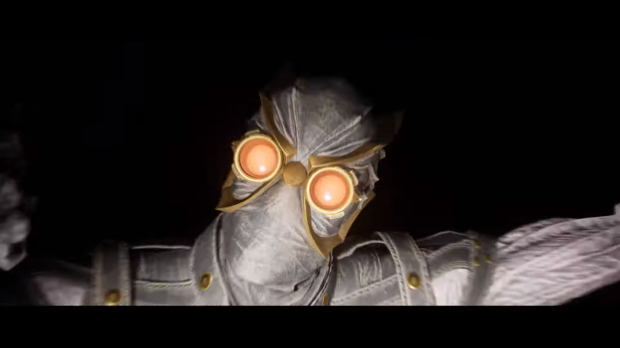 Classic enemies return, but Court of Owls are in

Mr. Freeze was shown off, and Two-Face was teased in recent promos. The Court of Owls will be the main villain syndicate, and their fearsome Talons will hunt down the Bat Family.

There's been no confirmation of the rumored Nemesis-like system and there's still lots of supervillains to be announced. 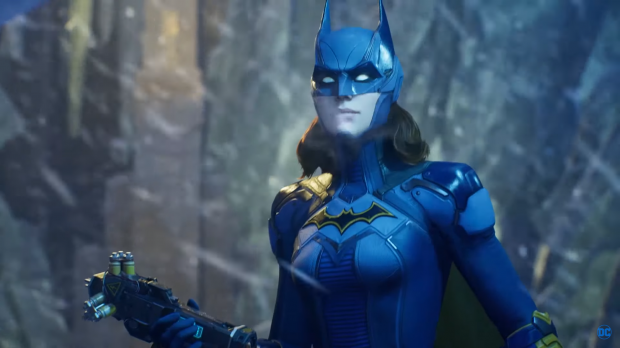 Expect some sort of monetization

WB Games likes monetization, and just because Gotham Knights isn't a GaaS-type game, doesn't mean it won't have in-game purchases. We're not exactly sure to what extent the microtransactions will have, but expect at least customized cosmetics and suits.

Like previous Arkham games, Gotham Knights will have upgrades, customization, abilities, and level ups. We didn't get any actual info on the upgrade systems and what's included, but throughout the gameplay we see XP accruing and Batgirl even levels up.

Each character has their own ways to move about. Batgirl can hookshot onto ledges and areas with a grappling hook, whereas other characters like Robin and Red Hood can use the Justice League's satellites to teleport around. Nightwing can parkour and run on walls.

In the gameplay sequence, Batgirl scales a huge building with her grappling hook.

The environments are layered in a way where freeform exploration is encouraged for both basic curiosity and uncovering secrets and tactical combat.

You don't have to fight your way through areas in Gotham Knights. You can also use stealth to avoid conflict altogether. Two players can approach areas differently in online co-op and also converge on enemies in similar ways.

Combat is fluid, fast, and chaotic

There's an emphasis on action, dodging, and smart use of your special abilities in Gotham Knights. Combat looks much faster-paced than Arkham games, but that also depends on which character you're using.

Red Hood, for example, has more powerful attacks, whereas Batgirl's attacks are more swift and agile. Each character also has their own gadgets and special abilities.

This is something we reported about long ago, but it's great to see the bat cycle is returning. We don't know if there's any other vehicles included.

Coming to next-gen and current-gen consoles in 2021

There's been no talk about next-gen optimizations, but the content shown seems to reflect PC-level builds that could illustrate next-gen console-style capabilities, including no loading times and massively boosted environments.

Below you can find a ton of info taken from the official fact sheet and press releases.

Warner Bros. Games and DC today announced Gotham Knights, a brand-new open-world, third-person action RPG videogame in development from Warner Bros. Games Montreal. Gotham Knights features the Batman Family as players step into the roles of Batgirl, Nightwing, Red Hood and Robin, a new guard of trained DC Super Heroes who must rise up as the protectors of Gotham City in the wake of Batman's death.

Introducing an original story set in DC's Batman Universe, Gotham Knights offers a dynamic and interactive Gotham City where an exploding criminal element has swept through the streets. With the Belfry as their base of operations, this new era of heroes will solve mysteries that connect the darkest chapters in the city's history and must defeat notorious villains in epic confrontations. Players must save Gotham from a descent into chaos and reinvent themselves into their own version of the Dark Knight.

"With Gotham Knights, the team at Warner Bros. Games Montreal is bringing the Batman Family of characters to life in a unique way to delight both fans and new players," said David Haddad, President, Warner Bros. Games.

"As we embark on a new era of interactive storytelling, our development team has been diligently working to create a new, in-depth experience within DC's Batman Universe."

"The team is thrilled to announce Gotham Knights and share our work in bringing a different story of the DC Super Heroes to the forefront," said Patrick Redding, Creative Director, Warner Bros. Games Montreal.

"We're looking forward to fans playing and enjoying a lot of action as this new guard of strong DC Super Heroes in Batgirl, Nightwing, Red Hood and Robin, while solving an original mystery set against a living, breathing Gotham City."

In Gotham Knights, players can explore the open-world action of Gotham and patrol the dark streets of the city's five distinct boroughs using a variety of traversal abilities and heroic combat moves, as well as the iconic Batcycle. As Batgirl, Nightwing, Red Hood and Robin progress, their distinctive gameplay skills will evolve, along with a growing arsenal of weaponry and gear. Revealed in the Gameplay Walkthrough video, Gotham Knights features rich storylines for players to investigate, including face-offs against some of the most infamous DC Super-Villains, such as Mr. Freeze, who is set on engulfing Gotham City in ice.

Gotham Knights is a brand-new open world, third-person action RPG featuring the Batman Family as players step into the roles of Batgirl, Nightwing, Red Hood and Robin, a new guard of trained DC Super Heroes who must rise up as the protectors of Gotham City in the wake of Batman's death. An expansive, criminal underworld has swept through the streets of Gotham, and it is now up to these new heroes to protect the city, bring hope to its citizens, discipline to its cops and fear to its criminals. Players must save Gotham from descent into chaos and reinvent themselves into their own version of the Dark Knight.

•Play as a New Guard of DC Super Heroes - Step into the roles of Batgirl, Nightwing, Red Hood and Robin and shape

Gotham's newest protector to create your own version of the Dark Knight.

• Action-Packed, Original Story Set in DC's Batman Universe - With the Belfry as their base of operations, this new era of heroes will solve mysteries that connect the darkest chapters in Gotham's history - from its soaring towers to its underground criminal network. Embark on rich storylines, including face-offs against some of the most infamous DC Super-Villains, such as Mr. Freeze, who is set on engulfing Gotham City in ice.

• Explore and Fight Crime in an Open-World Gotham City - Patrol the dark streets of five distinct boroughs in a dynamic, interactive Gotham using a variety of traversal abilities and heroic combat moves, as well as the iconic Batcycle. From street-level crimefighting to face-offs with iconic DC Super-Villains, save the city from descent into chaos.

• Team Up in Two-Player, Online Co-Op - Play Gotham Knights solo or team up with a friend and combine strengths to protect Gotham City in two-player, online co-op.