It looks like Ubisoft's Prince of Persia series could make a comeback soon, but we don't know exactly when. 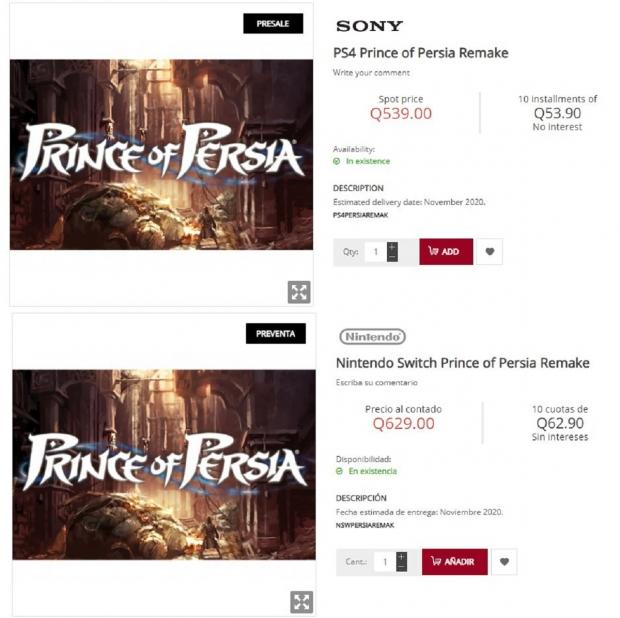 Listings for an unspecified Prince of Persia remake were spotted on Guatemalan retailer Max.com, hinting at an incoming remaster from Ubisoft. The listings have since been taken down after coverage went widespread. The listings were for an unspecified game, but the platforms were PS4 and Switch, so we could see a remaster of the PS3 self-titled Prince of Persia or even Sands of Time.

Ubisoft hasn't exactly hinted at a new Prince of Persia remaster. The only franchise references we've gotten was the recent Dagger of Time VR experience.