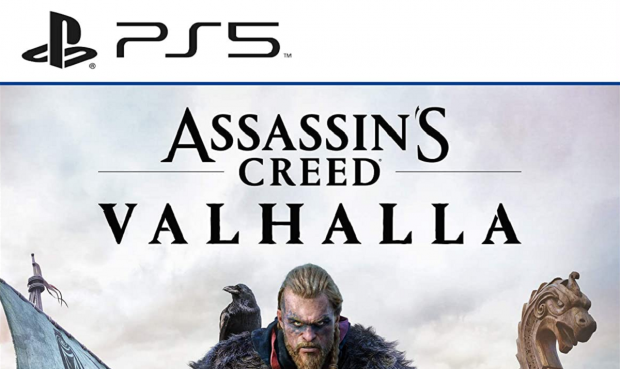 Ubisoft has confirmed Xbox One and PS4 copies of Assassin's Creed Valhalla will come with free upgrades to the Xbox Series X and PlayStation 5 versions that release alongside each next-gen console. Since both the PS5 and Xbox Series X are backwards compatible, you can buy the PS4 and Xbox One versions and play them on next-gen systems. This isn't the beefy next-gen optimized flavor, though, just the backwards compatible version. You can still take advantage of the full next-gen upgrade as well. So why even buy the next-gen only version for $59.99?

It's worth noting the digital version of AC Valhalla on Xbox One is $59.99, presumably because of Smart Delivery, which will automatically scale it to the next-gen version.

So in essence, Valhalla may have two different variants on next-gen consoles:

PS4, Xbox One disc copies will get you a free digital-only next-gen version of those respective games.

The reality is the next-gen version is, well, only for next-gen consoles. It comes optimized for those systems out of the gate and won't require any extra installs. If you buy a disc copy of Valhalla on PS4 or Xbox One, you'll have to re-download assets (or perhaps the entire game) in order to play the optimized version on that console.

If you buy the PS5/Xbox Series X version for $59.99, the game comes with everything you need for a next-gen experience.

So the extra $10 is more of a convenience thing and would give the game more value for trade-ins/secondhand sales. We're not sure how frictionless the current-to-next-gen upgrade path will be, and we're not sure how long the promotion lasts. It'll likely be limited just like the PS3 -> PS4 upgrade path that actually charged gamers $10.

Luckily you won't have to play for backwards compatibility. So if you just want to play the game at its base current-gen version, you can totally do so on Xbox Series X and PlayStation 5. You'll also be able to use your external HDD to boot because the current-gen flavor doesn't require the high-end PCIe 4.0 SSD to function.

The value proposition is aimed at current-gen gamers, for sure. They get two games for a price lower than a single next-gen game. But they also have to deal with the upgrade path situation and hold on to an older game disc that could depreciate over time, especially since the upgrade will be a one-time only use.