Google announced 3 new Pixel smartphones today, but only one of them was unveiled in full: the new Pixel 4a. 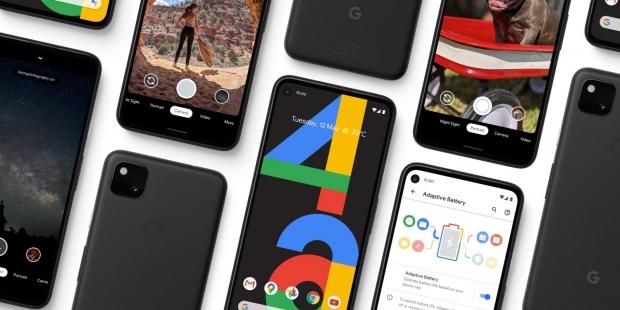 Pixel 4a is powered by a lesser-powered Qualcomm Snapdragon 730G SoC, compared to the Pixel 3a and its higher-end Snapdragon 855. We do have the same great 12-megapixel camera experience, as well as the same RAM and storage capacity as the Pixel 3a.

Google has updated the Pixel 4a with a higher-end display, providing an all-screen display apart from the hole-punch cutout for the selfie camera. The overall design is also modernized, with a rounder, slick design used on the Pixel 4a.

We have a 5.8-inch OLED display at 60Hz, but Google strangely offers up the 3.5mm headphone jack which is a great thing to see on a budget smartphone.

Google only offers the new Pixel 4a in 'Just Black'.

Google also announced the new Pixel 4a 5G and the upcoming next-gen Pixel 5 -- but there's no further information on those. We can expect the Pixel 4a 5G to come it at $499... but no details on what's inside of it apart from being a 5G capable Pixel 4a, while the Pixel 5 remains more of a mystery.