If you played the Hyper Scape open beta, you probably would have noticed that there were some balancing issues with the game.

These balancing issues ranged from hacks (abilities), to some guns feeling just a little bit too strong. Disclaimer - personally, I have been smashing Hyper Scape, and at the current time of writing this I have already maxed out the Battle Pass (Tier 30), and because of the time I have spent playing the game I believe I have a decent understanding of how the title feels and plays out.

Ubisoft says in its patch notes found on the website that this patch is directly aimed at what is "Time-to-kill (TTK)", which is exactly what it sounds like - the time it takes to kill someone once combat is engaged. Ubisoft says that the community voiced concerns about the TTK being too slow, and because of that, they have decided to buff the damage on many guns, while simultaneously nerfing most hacks across the board. Most notably, Ubisoft has nerfed the Protocol V, Mine Hack's overall power level, and the Invisibility Hack.

If you are interested in reading the patch notes for yourself you can check them out on the Ubisoft website here, or below.

My thoughts on the patch - After reading the patch notes, my first thoughts were overall quite good for the direction Ubisoft is taking the title. What concerns me most is that if nerfs to hacks, and most importantly mobility based abilities (Slam, Teleport), will ruin what I consider the best part about Hyper Scape.

I understand that nerfs to certain hacks such as the Mine are justified, but Ubisoft will have to be very careful about how they continue to balance the game in future seasons, as I believe the core mechanic of Hyper Scape is the over the top mobility. If you take away the mobility, Hyper Scape could become another generic battle royale title, which could then in turn, crush the "fun" of the game.

However, I should remind everyone that this is the very first season of the game, and that Ubisoft has the capabilities of rolling back some of these changes if they aren't well received by the community. Basically, I wouldn't be so hot to jump the gun on hating on these changes, as Ubisoft are clearly listening to the player-base and taking into account what players want to see out of the title.

Detailed changes: Increased Damage per pellet to 6/6/6/6/7, up from 5/5/5/5/7. The post-shoot animation has been improved to increase the reactivity of the weapon.

Detailed changes: Decreased Duration to 9 seconds, down from 25s. Decreased Total Deployed Wall limit to 2, down from 5.

We believe the current Sector Decay Damage has been creating too much pressure to reach the last sector in time once Showdown begins. The above changes in Hacks and our previous changes on Showdown & Crown should ensure this level of damage is enough to be strong incentive to stay in the last sector without being too stressful. 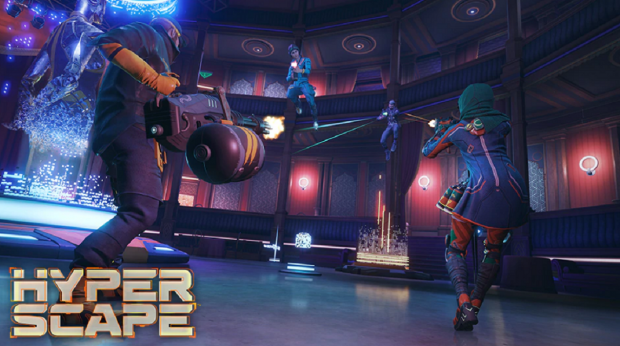