Read Also: The Outer Worlds Review: Out of this World

The devs at Obsidian just made good on their promise of new The Outer Worlds DLC. Two new expansions are planned, first Peril on Gorgon on September 9, then Murder on Eridanos in 2021. Both expansions are priced at $14.99 each but you can buy the season pass for $24.99 to bundle them together.

Like Fallout: New Vegas' DLC, Peril on Gorgon sounds pretty meaty. The expansion sports a bunch of new features like the Pest Extermination Tool, a wicked polearm with fiery jets on its sides, and tackles a new story arc where you discover the mysterious whereabouts of Dr. Olivia Ambrose in the desolate failed Halcyon science labs on Gorgon. The expansion also features a boosted level cap, new science weapons (yes!) alongside new armor sets (there's even a new Spacer's Choice hat), new perks and flaws, and new fixes and adjustments. 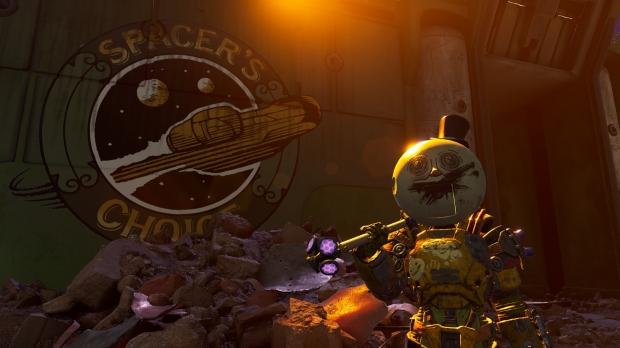 The Outer World's first expansion, Peril on Gorgon, releases September 9. The other expansion, Murder on Eridanos, is coming in 2021. Check below for more information:

A severed arm and a mysterious message lead the crew of the Unreliable to the Gorgon Asteroid, formerly the site of one of Halcyon's most ambitious and disastrous scientific undertakings, now a lawless den of monsters and marauders. Wealthy recluse Minnie Ambrose tasks the crew with finding answers about Dr. Olivia Ambrose, her mother and the doomed project's disgraced director, but they are soon ensnared in an intrigue that will change the colony forever.