Halo Infinite was recently shown off in -- well, I guess "all it's glory" during the recent Xbox Series X event, but man did those graphics suck.

I mean, I even personally tweeted out my disappointment in it. Now, people will say "oh but you work for TweakTown and review all these awesome graphics cards, etc". Yes, that's right -- but I also purchased an Xbox on day one, a new TV and 5.1-channel audio system for it on launch.

The graphics on the original Halo were better than most games on the PC at the time, with some beautiful lighting effects, shading, and so much more going on under that Xbox hood. Fast forward close to a decade and we have Crysis, fast forward over an entire decade and we have... Halo Infinite.

It's not just me that was left disappointed -- but many fans of the series, and those hoping for Halo Infinite to be the definitive system-selling game for Microsoft's next-gen Xbox Seires X console.

But it really doesn't look like it's going to be that.

343 Industries has come out on the defensive (of course) with studio head Chris Lee defending the crappy graphics that were shown off. In a recent press Q&A with Wccftech, Lee explained:

"I think for the response on the graphics, the thing I hope is that folks get a chance to check out our 4K streaming assets, I think that really lets our game show itself in full fidelity. We are definitely still very much in development, we have some polishing and tuning that the team is working on to really bring the full potential of our experience to our fans later this year in Halo Infinite. We definitely are excited about the ambition of the title, of this open expansive campaign and we'll make sure that it's polished and ready to go when fans get their hands-on it this Holiday".

Alright -- well why wasn't this explained? These "4K streaming assets" that will let you show Halo Infinite "in full fidelity". I call BS. Secondly, you're deep in development and have some "polishing" and "tuning" to do? Alright, well, that means most of this is finalized and just polishing and tuning does not mean 50% upgrade in graphics quality. 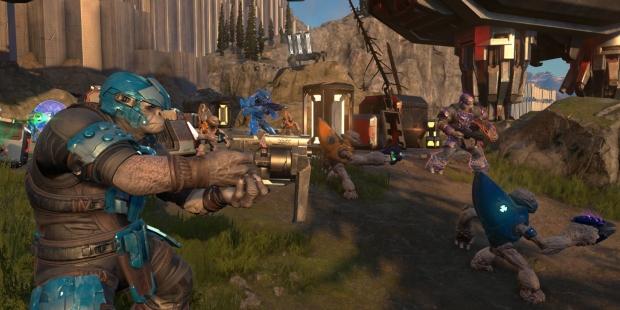 "The gameplay demo is a great example of how we're running on Xbox Series X, you'll be able to run at a solid 60 frames per second at up to 4K resolution. We're bringing the highest fidelity experience that we've ever created. We're able to do more than 10 times the processing power per pixel that we were able to do in Halo 5, which just allows us to create this experience that's unlike anything that we've had in Halo before. In Halo Infinite we've really harnessed a lot of advanced rendering techniques, but also the immense power of the Xbox Series X".

Bleh, PR speak makes me want to jump off a cliff.

"10 times the processing power per pixel" than Halo 5 that allows them to "create this experience that's unlike anything we've had in Halo before" -- except, it looks just a little better than Halo that came out 20 years ago. Alright then, 343i. 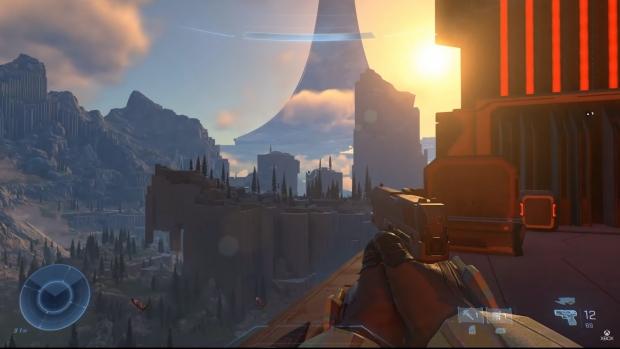 "Music is also incredibly important to Halo and to our fans, and I'm really excited that after Curtis Schweitzer, a composer that we talked about last year at E3, we got to announce our second composer that's joining Curtis, Gareth Coker. Both Gareth and Curtis have been doing an incredible job and throughout the demo today you've been able to experience some of the music that Gareth has worked on. We also upgraded our audio engine to create a new acoustic system and leverage a lot of extra processing power and streaming power with the Xbox Series X to be able to really surround the player in a much more realistic audio experience".

The graphics suck that hard that you had to talk music?