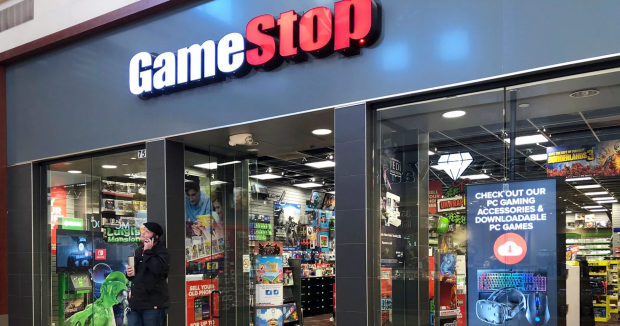 Retailer GameStop isn't doing well right now. The company was already on a shaky foundation, and the weeks-long COVID-19 closures put a serious dent in net income, and under-performance has diminished one of the company's most valuable assets: Deferred taxes.

GameStop's net sales for the Q1'20 period were $1.021 billion, down 34% year-over-year. But this is just revenue. After expenses, the company reported a total operating loss of $108 million, compared to a positive $17.5 million in Q1'19. The simple reason for this is GameStop spent more than it made.

GameStop made $1.021 billion in Q1'20, but it spent $738.6 million in cost of sales. That leaves a gross profit of $282.4 million. But after subtracting $386.5 million it spent on selling, general, and administrative expenses, which includes the $18.5 million it spent to help buffer out-of-work wages for employees, GameStop posted a negative operating loss.

After adding in interest fees and tax asset reduction, total income losses were at $165 million.

A big portion of this loss was due to a $53 million drop in tax asset value due to a valuation allowance adjustment.

"Net loss of ($165.7) million, or ($2.57) per diluted share, including a $53.0 million non-cash tax charge associated with the valuation allowance against deferred tax assets," reads the report. 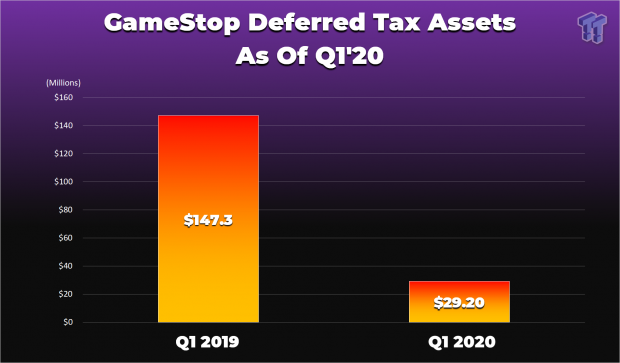 This is seen as an asset because GameStop can use these deferrals to lower the taxable income across multiple years. It's good news when a company has deferred taxes because they're a kind of saved boon for later use.

The deferrals arise when companies like GameStop reports a financial loss, which it has for many quarters since October 2018. When a company reports a loss, they can do something called a tax loss carryover, which can be claimed for later tax relief. Carryovers usually last for 7 years.

This deferred tax asset gets adjusted over time in an special account called an allowance valuation account.

The deferred tax valuation gets adjusted as a company makes or loses money. If it makes more money, the carryover taxes can be used to offset the profits and lower total income taxes for that period. Companies will save and use the carryover deferred taxes when they perform a drastic turnaround in generated income.

If it makes less, which GameStop has in Q1'20, the asset is adjusted (subtracted from the asset balance sheet). The deferred taxes aren't a cash charge but the perceived loss in value, which in this case, are recorded as part of the operating income loss.

GameStop doesn't see a payoff for all its deferred taxes

The loss grows as GameStop recognizes $12.1 million from foreign currency transition adjustments, which is a typical subtraction every quarter.

Even with these losses, GameStop isn't going under any time soon. The company says it expects to have enough liquidity to push forward with its 2020 restructuring plan, which sees a new push towards digital and the remodeling of its stores.

GameStop plans to double down hard into digital and further reduce story inventory by 43%. It notes that e-commerce sales were up 1400% as more consumers buy goods online versus in-store, but this is to be expected given the store close-downs.