Fujitsu has announced the launch of new notebooks in the LIFEBOOK range. The LIFEBOOK U Series mobile PCs include the 13.3 inch U7310/D, the 14-inch LIFEBOOK U7410/D, and the 15.6-inch U7510/D. All of the notebooks are easy to maintain and feature replaceable batteries. 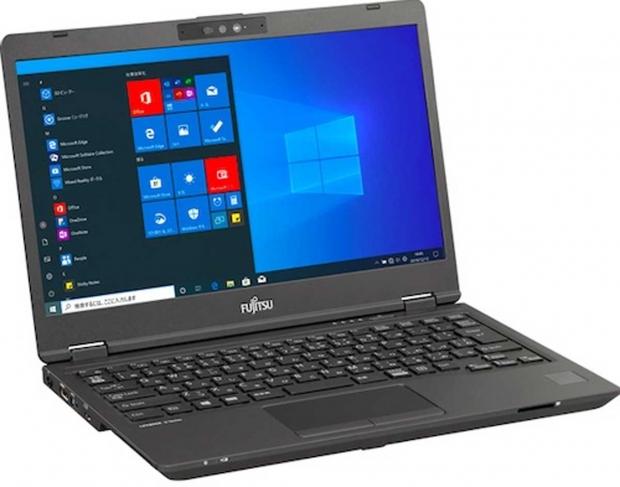 The machines also feature a new privacy camera shutter function to cover the camera lens, preventing any unauthorized access physically. Fujitsu also offers a pair of notebooks, including the U9310/D and the convertible U9310X/D, that are ultra-portable PCs. The convertible machine features a 360-degree LCD screen and supports pen input. All of the new models support the latest 10th generation Intel processors.

Optional Secured-core models offer protection from unauthorized external access to the BIOS and firmware. Fujitsu also provides the LIFEBOOK E/A series that includes the 14.0-inch LIFEBOOK E5410/D, as well as 15.6-inch models LIFEBOOK E5510/D, LIFEBOOK A7510/D and LIFEBOOK A5510/D. All of those models also utilize 10th generation Intel processors and can be fitted with up to 64 GB of RAM. Machines also have an option for up to 512 GB of encrypted flash storage and support Wi-Fi 6.

The laptop computers will all launch in Japan starting in late May 2020, with pricing ranging from ¥179,600 up to ¥229,700, depending on the model. The Japanese pricing equates to approximately $1668 to $2134 in the US. It's unclear if the new notebooks will be offered in countries outside of Japan at this time. Lenovo grabbed the majority stake in Fujitsu back in 2017.