HP has announced new notebook computers that slide into its EliteBook range, including a pair of premium machines in the x360 line, among others. The EliteBook x360 1030 G7 and the x360 1040 G7 are both premium laptops that are 6.3% smaller than the previous generation. The notebooks have 89% screen-to-body ratios, which HP claims is the highest among business convertibles. 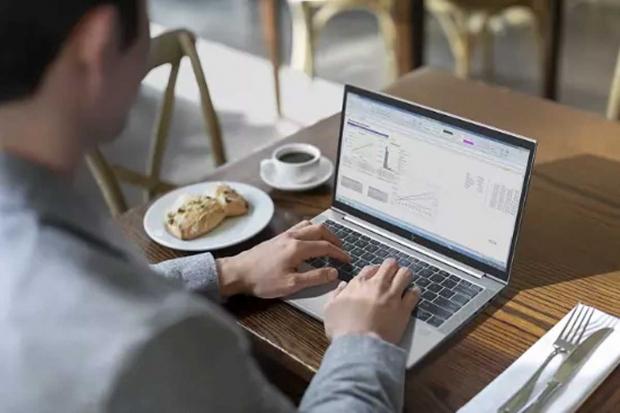 10th generation six-core Intel Core vPro processors are under the hood for performance. HP notes that the 1040 G7 is capable of up to 29 hours of battery life per charge. Also announced in the EliteBook range is the 805 G7 and 800 G7 series machines designed for multitasking and multi-place working available with both AMD and Intel processors.

Another machine is the HP EliteBook X360 830 G7 mainstream business convertible that is the first to have 4x4 LTE antennas. That machine is powered by up to 10th generation six-core Intel Core processors. Also announced are the latest EliteDesk 800 series desktop PCs with upgraded chassis for flexibility and expandability down the road. Machines also have VR-ready capability.

One of those machines is the EliteOne 800 All-in-One G6 hailed as the world's most powerful commercial AIO computer. Like the other machines, it's fitted with 10th generation Intel Core processors and is available with a 23.8 or 27-inch screen with graphics by NVIDIA GeForce RTX 2070 SUPER. It's also billed as the first commercial VR capable AIO computer.