Ubisoft's earnings slip nearly across the board in FY2020, but microtransaction revenues are up almost 10% year-over-year. 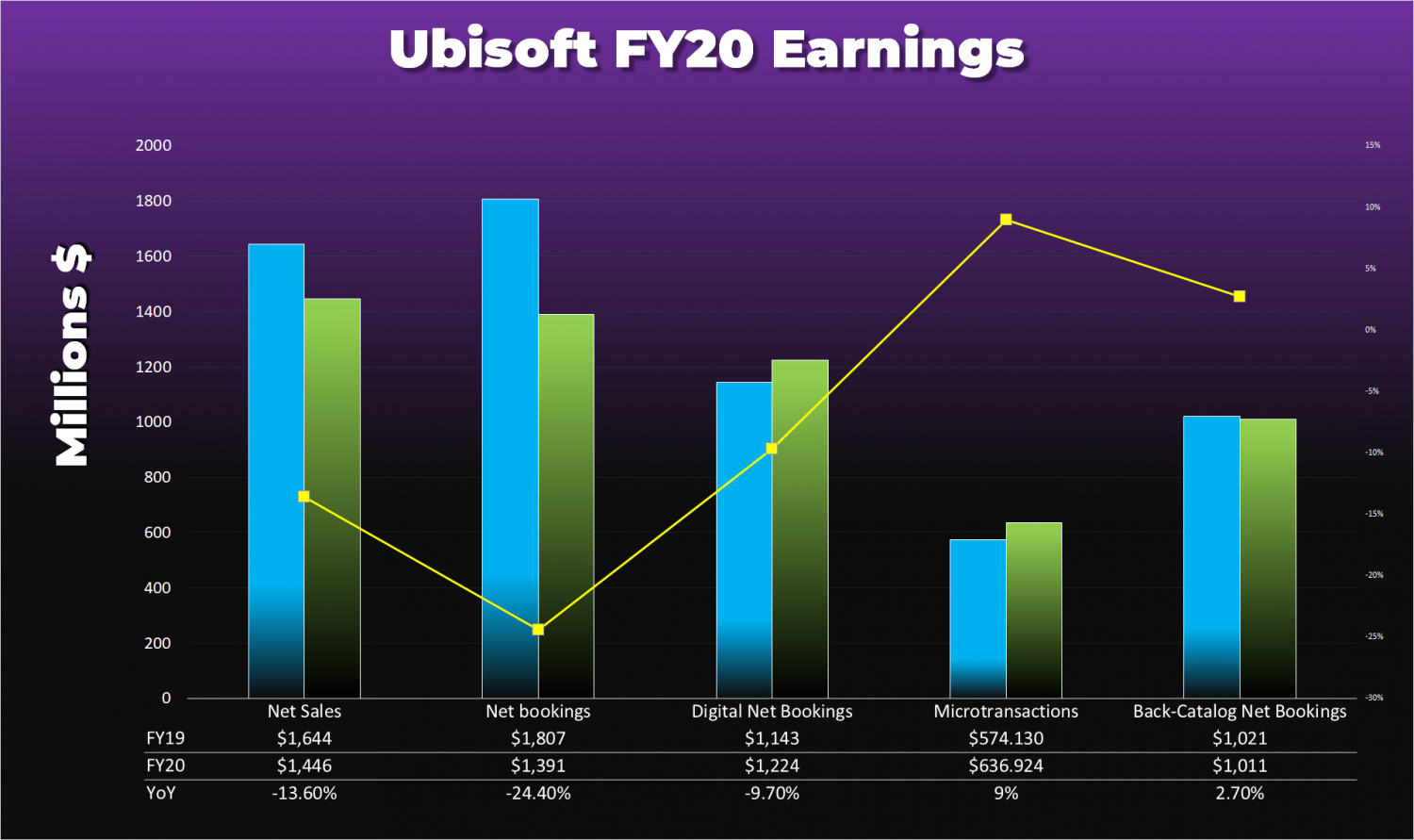 Today Ubisoft announced its FY20 earnings, sending two signals: The company's current strengths and weaknesses, and massive sales are on the horizon for this fiscal year thanks to 5 new AAA games. Net sales revenues dropped double-digit pp's to $1.446 billion, attributed to sales under-performance of key new games like Ghost Recon: Breakpoint. Net bookings were also down nearly 25% YoY to $1.391 billion for similar reasons.

Q4 saw a massive rebound for live games. Assassin's Creed Odyssey sales and microtransaction earnings skyrocketed, and gamers responded incredibly well to the new Breakpoint and Division 2 updates, both of which spiked engagement. Ubisoft's total MAUs tripled in January and hit record highs in February and March. Rainbow Six likewise saw a 15% rise in player recurring investment in the year.

Digital made 82% of sales in the year, back-catalog game sales made up 72.7% of total sales. Ubisoft attributes this jump from high representation of already-released games like AC Odyssey, The Division 2, and Ghost Recon: Breakpoint.

"Engagement remains stable at very high levels at over 100 million active players across our console and PC games. Our active playerbase is 117 million," Ubisoft CFO Frederick Duguet said in the earnings call.

Ubisoft earned $636.92 million from Player Recurring Investments, or microtransactions, making up 55% of all digital earnings and 45.8% of total net bookings for the quarter.

Ubisoft expects net bookings for FY2021 to spike by a huge 41% to €2.65 billion, driven by a big slate of 5 AAA games. Ubisoft says this slate of games is its "most ambitious lineup in history," and will include Assassin's Creed Valhalla, Watch Dogs Legion, and possibly Far Cry 6.

Read Also: Ubisoft teases Far Cry 6 reveal, but it could be delayed to 2021 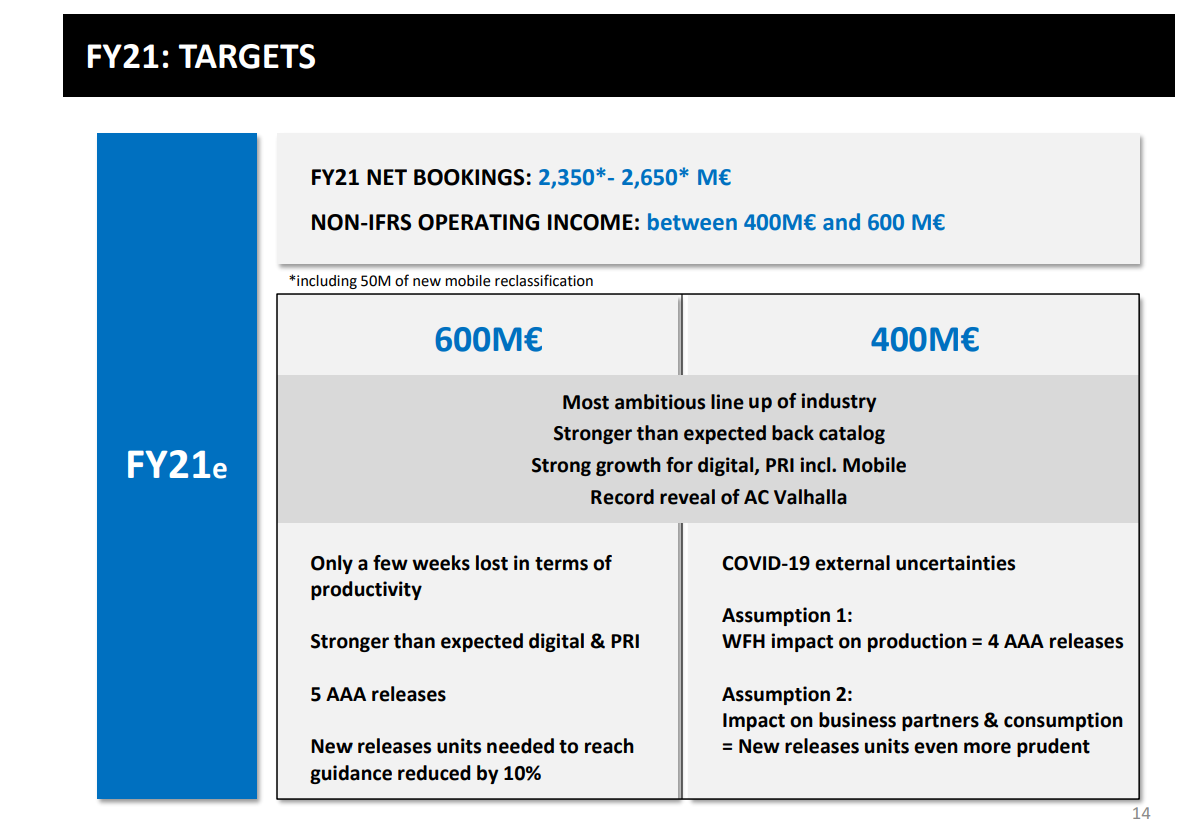 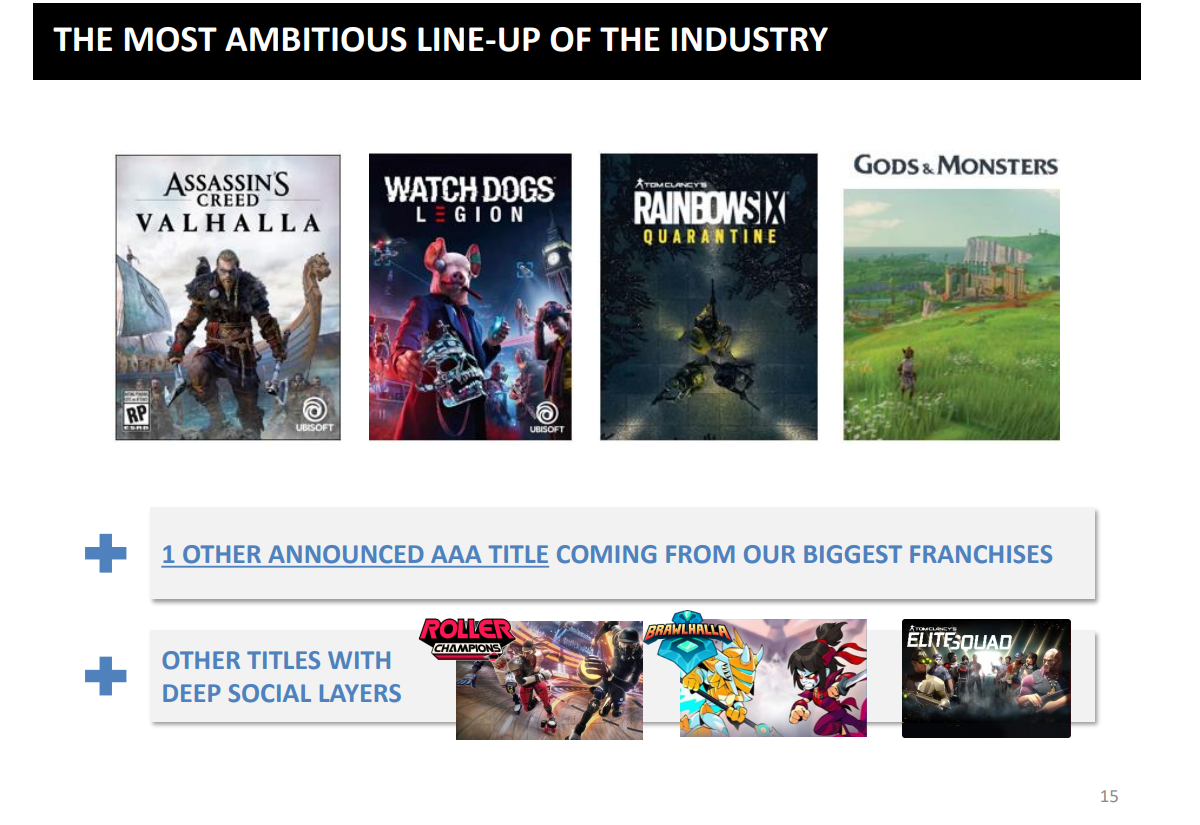