Things changed significantly for iPad Pro users when Apple announced it's very expensive Magic Keyboard for the 12.9-inch iPad Pro and the 11-inch iPad Pro. The cool thing about those keyboards is that the iPad Pro attaches magnetically and makes it more like a laptop complete with a trackpad. Microsoft has announced that it will be updating Office for iPad with support for the latest iPadOS that brings trackpad and mouse use to the tablet. 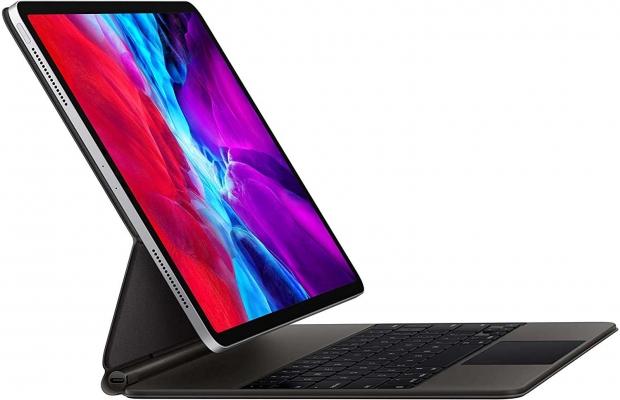 Work is reportedly underway right now to update Word, Excel, PowerPoint, and other Office applications that support trackpad functionality. The updated functionality is expected to ship for the iPad by this fall. With Microsoft saying "by" the fall, it could turn up earlier. No specific date or timing has been announced.

Microsoft has a history of supporting new features on iOS and iPadOS. It was quick in rolling out support for iPad Split View for Outlook on iOS last year. Microsoft also rolled out a new unified Office app for Apple devices earlier this year. That unified app rolled in Word, Excel, PowerPoint, and other office mobile features into a single app.

That combination was a good thing for iPad and iPhone users who need Office support as the app was smaller, and Apple devices don't have expandable storage. Microsoft does reportedly intend to keep individual Word, Excel, and PowerPoint apps available for iOS. Speculation suggests that support for the trackpad and mouse will turn up on the unified Office at first and roll out to the individual apps later. A couple of months ago, we talked about a potential upgraded Pencil from Apple that would be able to poke a user's finger to notify them.