You probably would have guessed that one of NASA's goals is to get some samples of Mars back on Earth for further examination, but how is the space exploration company going to do that exactly? 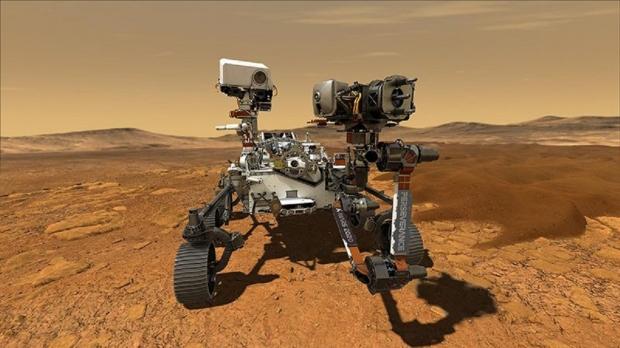 Well, it won't be easy, that's for sure, and it also will take quite a lot of time - years in fact. According to the projects lead scientists who discussed the plan in a virtual meeting that was reported by Nature, NASA, and the European Space Agency (ESA) are planning on landing a second spacecraft next to the first spacecraft (Mars Perseverance) to hand off the samples.

This is how it will work. Mars Perseverance will land in the Jezero crater on Mars, February 2021. Perseverance will perform sampling by using a drill to dig into the soil and retire enough samples to fill thirty small tubes. Once the samples are collected, it will store them on the rover.

Once that process is complete, the rover will put the samples in the "Mars ascent vehicle", a small rocket that will blast the samples into orbit, which will then be synced up with a third nearby spacecraft that will collect the samples and return back to Earth sometime in 2031. NASA will also be launching a helicopter from Mars Perseverance, check that story out here.