NASA is working hard towards the Mars 2020 mission, and every day the space agency is making progress. Now, a new announcement has come out regarding what will be aboard the Mars 2020 rover. 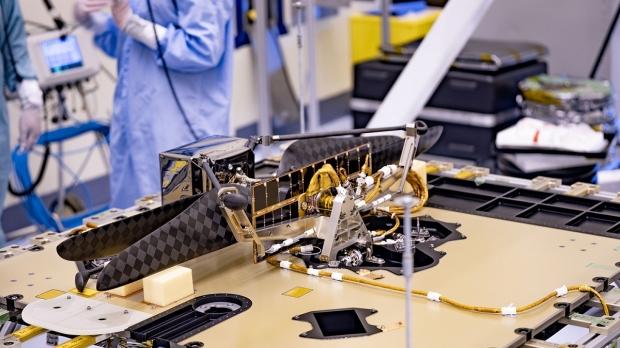 A new announcement on NASA's Jet Propulsion Laboratory blog has shined a light on NASA completing one of the more critical steps towards the Mars 2020 mission, the Mars Helicopter. NASA has successfully constructed a helicopter that will mark the first time humans have flown an object on another planet besides Earth. NASA states on their blog that the helicopter will be deployed roughly two and a half months after Perseverance lands.

If you thought that the helicopter couldn't be full-sized, you thought right. NASA's Mars Helicopter weighs in at just four pounds (1.8 kilograms) and features propellers 4 feet (1.2 meters) in diameter. The helicopter is also cocooned within the rover's delivery system, and on April 6th, NASA engineers made 34 electrical connections between the rover and the delivery system located on the rover's stomach. If you are interested in reading more about the NASA's Mars Helicopter, check out the blog post here.