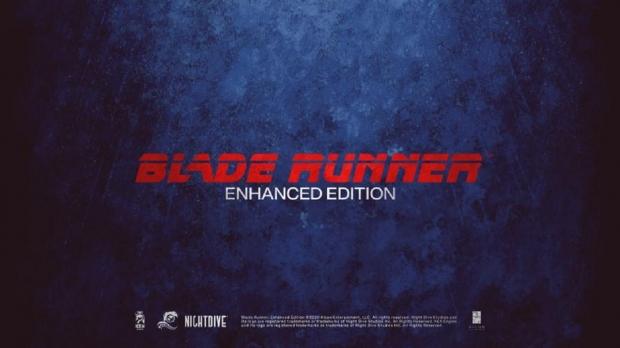 Westwood's old-school Blade Runner game was MIA for a long time before popping up on GOG.com, but now it's about to be reborn altogether. The new Blade Runner: Enhanced Edition is coming to PlayStation 4, Xbox One, Switch, and Steam sometime in 2020, complete with remastered graphics, visuals, and effects for modern hardware.

Using their proprietary KEX engine used in the System Shock remaster, Nightdive will revitalize the classic with upgraded textures, environments, and character models. The team even plans to use AI machine learning to upscale in-game cutscenes. All the new bells and whistles won't betray the original gameplay, though, and Nightdive will ensure the remaster remains authentic.

If System Shock's incredible visuals are anything to go by, we should be pretty excited about the new Blade Runner enhancements.

"Blade Runner is still a jaw-dropping achievement on every level, so while we're using KEX to upgrade the graphics and respectfully elevate the gaming experience in a way you've never seen before, we're still preserving Westwood's vision and gameplay in all its glory," said Nightdive CEO Stephen Kick.

"While you can enjoy the benefits of playing the game on modern hardware, the game should look and feel not as it was, but as glorious as you remember it being."

No launch date or assets have been released yet.