A man that was a massive advocate for the Flat Earth Theory has tragically died in his homemade rocket that crashed landed into the desert. 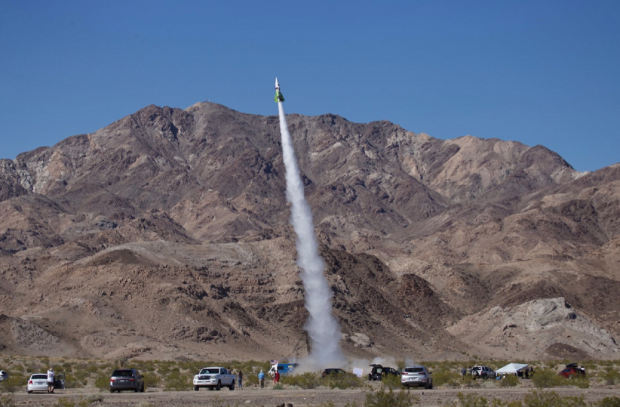 The man was "Mad" Mike Hughes, who built homemade rockets with limited funding for a Science Channel series called "Homemade Astronauts". The series' aim was to document the adventures of rookie rocket designers. Hughes' goal for his homemade rocket was to prove to the world that Earth was in fact a flat disc by viewing it from space himself. This also wasn't Hughes' first attempt at reaching space, back in 2014 the homemade astronaut reached a height of 1,374ft, then in 2018 he reached 1,875ft.

The rocket was steam powered and during his launch in 2020 the chute detached, causing him to collide with the Barstow, Californian desert at an extremely high velocity. The rocket was also not tested correctly as Hughes didn't have the funding that NASA or SpaceX has, instead he had $18,000 sourced from fellow flat Earthers and extreme levels of confidence in his creation. Flat Earth advocates have been beating the drum that the Earth is disc shaped since we realised that the Earth was spherical, much like all the other planets/exoplanets.

It would contradict most fundamental understandings of Earth and space if Earth happened to be flat, or disc shaped. It would also be extremely puzzling if Earth was the only planet in our solar system, not to mention this galaxy, that was flat. Unfortunately, sometimes facts aren't enough for some people, and their persistence towards discovering their own version of the truth drives them to attempt to uncover the impossible. This quality for uncovering the truth is a fantastic virtue to have, but aiming it in the correct direction/field is an aspect of the equation that should be taken into consideration.