NVIDIA launched its game streaming service GeForce NOW just a couple of weeks ago and the company has already seen over 1 million gamers sign up for it. With games like Cyberpunk 2077, and Google Stadia sucking in comparison (and GeForce NOW being much cheaper), it's no wonder NVIDIA is seeing success. GeForce NOW supports over 400 games, while another 1000 are available for single-session installations -- all taking place on NVIDIA's servers. You can play your own games through your own accounts on Steam, the Epic Games Store, or Uplay -- while there's a free tier, NVIDIA also offers the premium Founders tier.

NVIDIA's premium Founders tier for GeForce NOW offers up longer play sessions, while both the free and premium tiers have RTX on (ray tracing) but the free version of GeForce NOW only has it for a 90-day introductory period. NVIDIA also announced that they have 1500 more games coming to GeForce NOW in the near future.

It's not all good news, with NVIDIA losing Activision-Blizzard games over a 'misunderstanding', as well as Bethesda's line up of games. Still, with 1500 more in the pipeline, GeForce NOW is a hot spot for PC gamers. 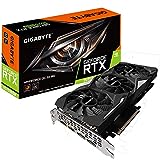