Who doesn't love a good map? I know I certainly do, and the more detailed the map, the better it is. So how about a map of our solar system? 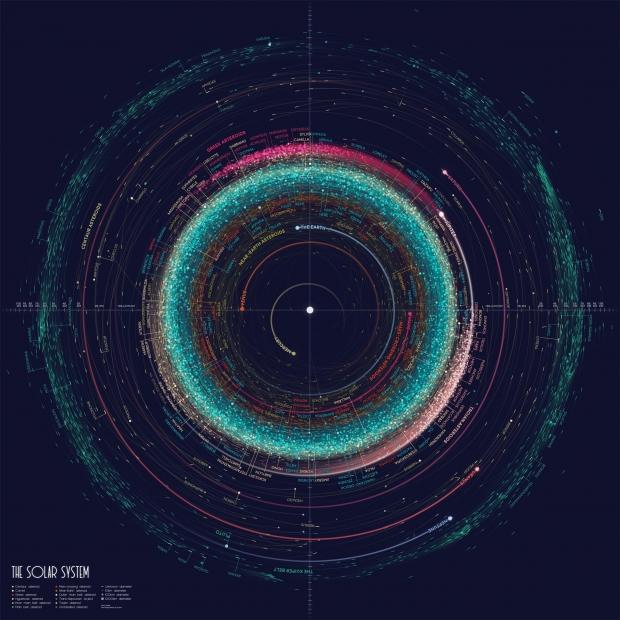 Don't worry. Biologist Eleanor Lutz has gone out of her way to map out every single known object in our solar system greater than 10km in diameter. How did she do this? Well, the data was taken from NASA's five separate categories; TNO and Centaur Diameters, Small-body Database Search Engine, Planetary Satellite Physical Parameters, Planets, and Pluto Physical Characteristics and Horizons Batch-Interface.

This solar system map is apart of Lutz's space visualisation work she publishes on the website Tabletop Whale. There you will find topographical maps of other astronomy-related objects, such as the Moon, Mars, Jupiter, constellations, and more. Check it out here if you want to see more amazing work from Lutz.