Blizzard apologizes for Warcraft 3: Reforged and promises that fixes are coming. But some features may remain gone for good. 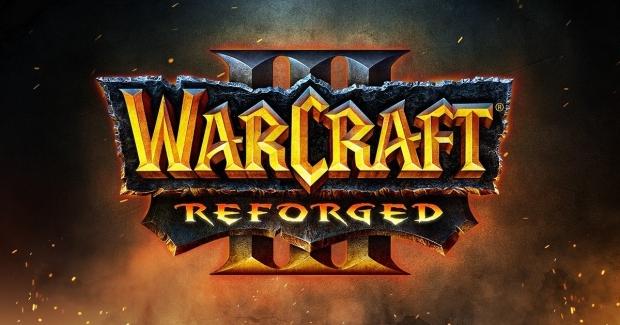 Today Blizzard did two major things: It said sorry for bungling Warcraft 3: Reforged's launch, which was plagued by missing features like custom campaigns and profiles, and outright replacing the original WC3; and then it made promises to patch the game and make it better.

"First off, we want to say we're sorry to those of you who didn't have the experience you wanted, and we'd like to share our plans for what's coming next," Blizzard community manager Kaivax said in the post.

"We're fully committed to supporting the game for a long time to come. The next few patches and updates we'll discuss below are just part of our ongoing plans. This game is an integral part of the Blizzard DNA, with a team that loves Warcraft III, and we're looking forward to pouring our hearts into Reforged and the Warcraft III community for the long term."

The first major update will help color correct Reforged's strange visual palette and make the remaster look more like the original. That update is scheduled to go live later this week, and will also include other miscellaneous UI fixes and whatnot.

Other tweaks include adding back social features like clans and leaderboards with a new patch. No timeline was revealed, but Blizzard says this is at the top of their priority list. Essentially the game launched unfinished and the team plans to piece together these older features and mold them into a new Bnet 2.0-friendly option.

"As with Remastered, leaderboards, clans, and other features will be included in a major patch for Reforged, which will also address the issue for players of the original game. We'll share release plans as work progresses in the coming weeks-please be assured that the team is hard at work on standing these features up."

In the post, Blizzard also admits that cutting out key pieces of the old games, including Reign of Chaos rules and tournament modes, helped streamline porting and development. These features aren't coming back. There was no mention of adding back custom campaign modes.

This shouldn't ever really be done. If you're going to bring an old game forward, you need to bring everything forward too. Or just don't do it. People didn't ask for a remaster with missing content just so you could re-monetize and re-sell and old game to make more money (Activision-Blizzard made over $7 billion in 2018). Everyone got hyped for a remaster thinking it'd be everything they love about the old game, only with better visuals and other enhancements.

I think it's too little too late on this one. Blizzard is also allowing refunds of Reforged irregardless of your play time, so grab a refund if you're not happy...or wait it out to see if Blizzard can redeem the project.