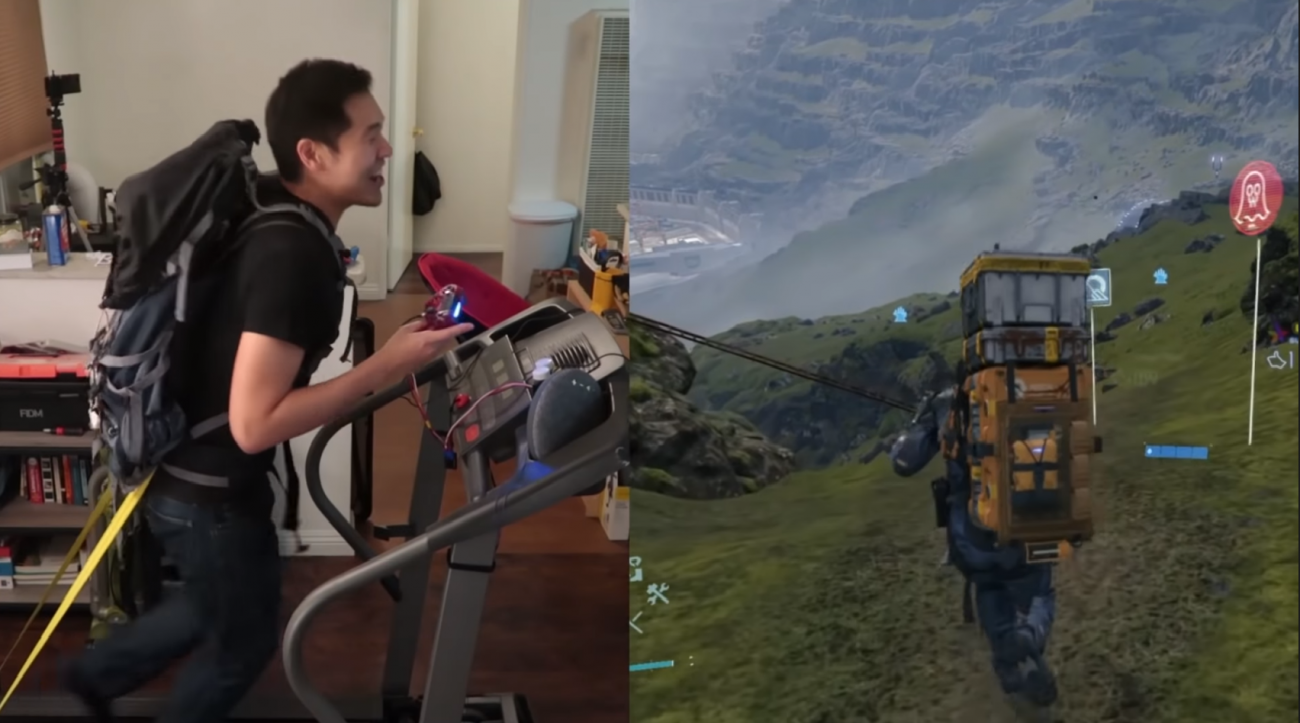 YouTuber, gadget wiz, and Mythbusters star Allen Pan has done some nifty things; first he created a real-life replica of Thor's unmovable Mjolnir hammer, a sword made of ice, a sword made of fire, and even some webshooter and lightsaber prototypes. His latest invention turns the boring chore of dreamill (I mean treadmill) exercises into a game.

"All I have to do is take the rotoring coder from the treadmill and use an Arduino to calculate how fast someone is walking on the treadmill, then the Arduino can control a digital potentiometer that is connected to a PS4 controller. In that way, we get a treadmill that I could walk 50-60 hours on no problem, that let's me play Death Stranding as it probably was intended to be played," Pan said in the video.

The result sees Death Stranding's Norman Reedus walking in-game without having to actually touch the controller at all. It's kind of like a VR simulation experiment.

"This is the most realistic game because you have to walk to walk," Pan said.

I'm just dying to know what Hideo Kojima thinks about this...