Netflix will be taking another leap into making another live-action TV show, this time around they will be adopting the anime show One Piece.

According to the One Piece Netflix Twitter account, Netflix will be bringing the beloved manga series over to the big-boy streaming platform as a live-action show. Originally, the show was announced back in 2017, but as you can expect, these things take some time to get the ball rolling, and now it has finally happened.

The official description for the show is, "A live-action adventure story based on the bestselling manga by Eiichiro Oda." Steven Maeda (Lost, CSI: Miami) and Matt Owens will be taking the reins as the new TV shows showrunners. At the moment, there is no word of who will be cast for the show, but we do know that the first season will consist of ten episodes. There's also no known release date as of yet. 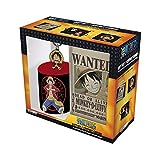