Tesla really showed its colors in 2019, as the company recently hit $100+ billion in market value and became the second most valuable car manufacturer in the world. 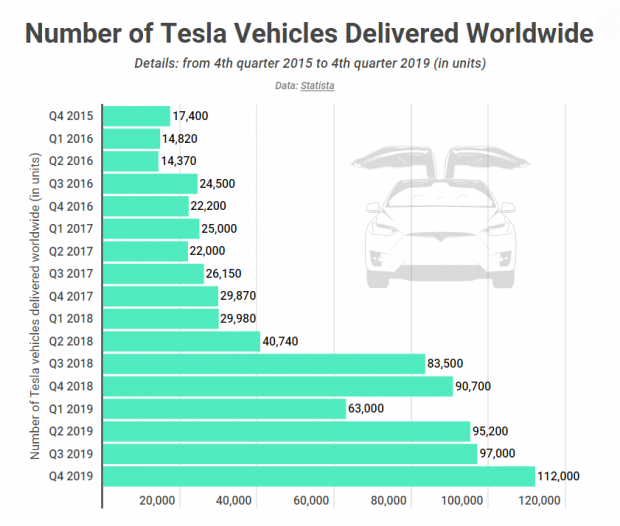 Now, some new statistics have come out revealing how Tesla managed to take that second place, knocking off German car manufacturer Volkswagen. According to Learnbonds, Tesla had a massive increase of 40% increase in car delivery productivity in 2019 in comparison to 2018. The data provided on their website indicates that Tesla sold 367,200 vehicles around the world in 2019. This is quite a hike up when compared to 2018's 244,920 vehicles.

Since 2016, Tesla is on the exponential rise of delivering more and more vehicles out to new customers. These sales are so apparent that throughout 2019 Tesla sold more vehicles than both 2017 (103,020) and 2018 (244,920) combined. These statistics are really quite promising; at this rate, the electric car manufacturer is paving the future road of more environmentally friendly vehicle options that other car companies are already attempting to jump in on.