The creators behind the hit show Rick and Morty have announced that a brand new show will be arriving exclusively on Hulu this May.

The new show is called 'Solar Opposites' and its about a family of four aliens that are from an advanced planet and are forced into living in America. Craig Erwich, who is the senior vice president of Hulu originals announced the new series at the Television Critics Association 2020 Winter Press Tour in Pasadena just this past Friday.

The show is being created by Rick and Morty star Justin Roiland and Mike McMahn who is a producer for Rick and Morty. Judging by the creative drive put behind Solar Opposites I would say that the new TV show will have the same ridiculous comedic sense that Rick and Morty does. I'd expect the same type of brilliant humour but portrayed in a different way since the characters are now all aliens. On May 8th this year, all eight episodes of the first season of Solar Opposites will be released on Hulu. (There is also season 2 in production). 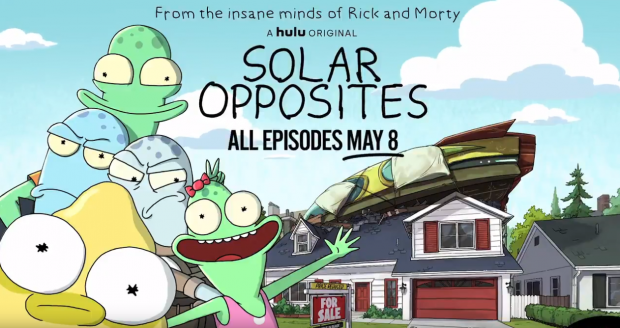