DOOM Eternal will not have ray tracing support at its launch, and while that might disappoint gamers -- it will be coming. The team at id Software love new technology, but DOOM Eternal's launch will see ray tracing missed.

One thing that DOOM Eternal has for it over any other game is that it'll be the first game powered by id Tech 7, with developer id Software talking about the game in great detail through DOOM Eternal executive producer Marty Stratton. In a recent interview video with Stratton, he said the team at id Software "are the biggest fans of new tech".

Stratton said: "Our tech team, they are the biggest fans of new tech. So it was a little hard to pull everybody off of that because it was the shiny new toy, but when we're talking about getting the game out there and getting it out as close to on time as possible and at the highest polished quality, we kind of had to pull back on that effort".

Stratton added that the id Software tech team is looking at ray tracing beyond just pretty graphics... with the team looking at things beyond "reflections, shadows, and real-time lighting". The team has some great ideas for ray tracing, something I'm sure we'll see more about in the coming months post-launch. 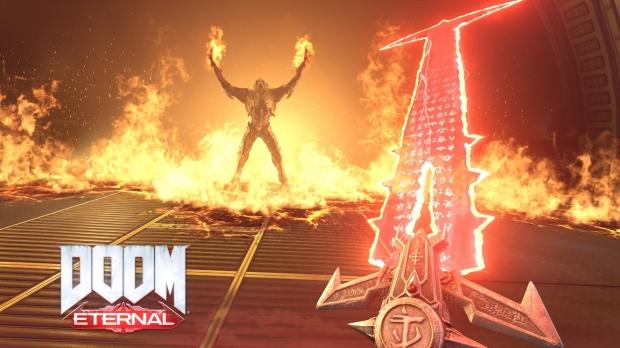