DOOM Eternal will be the first game to be powered by id Tech 7, with developer id Software talking about the game more before its launch on March 20. In a recent video interview with DOOM Eternal executive producer Marty Stratton, we find out a bunch more details -- check it out:

At the 2:30 mark Stratton talks about DOOM Eternal's destruction, something that the new id Tech 7 engine will provide, as well as the team aiming for a target 60FPS in the game across all platforms. DOOM Eternal looks like the best-looking game id Software has ever made, and that is thanks to the use of the id Tech 7 engine.

Stratton adds: "The size of the world, the scope of the world, our levels are twice as big as they were in DOOM 2016. That was to really establish a sense of scale and epicness to DOOM Eternal. You know, one of the things that we established coming out of DOOM 2016 was that we really wanted to take players to places that they'd never seen before".

John Carmack was the brain child of Megatextures, but the id Software team has since moved away from using this technology and id Tech 7 marks a full departure from Megatextures. Stratton added: "We really completed the departure from Megatextures, which allowed us to do more instance geometry, more instance texture tiling textures, which also allowed us to have higher fidelity texture. So for the first time, I would say we've really gotten away from that. I think in the last several games, you could criticize our texture fidelity to be a little blurry. And I think DOOM Eternal is the first one where we really are again at the top of the heap when it comes to texture fidelity". 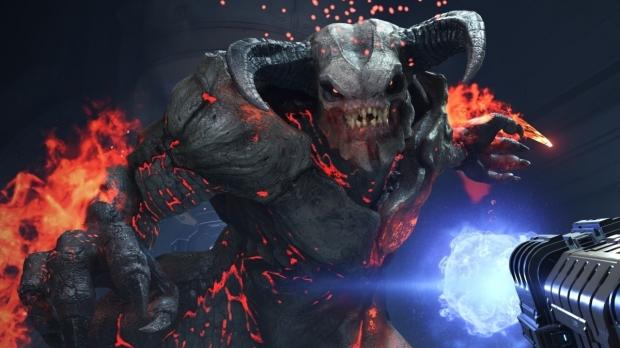