Doom Eternal is shaping up to be the ultimate Doom game in content scope, execution, and raw 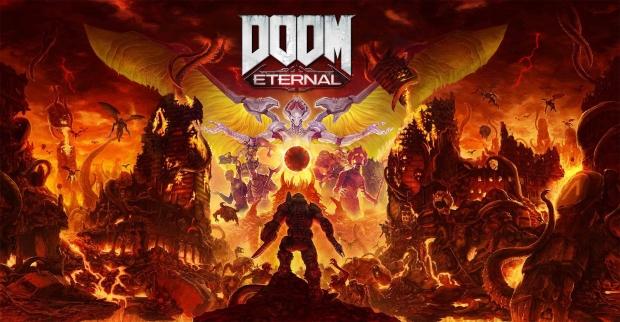 Gamers who buy Doom Eternal will have plenty to do on day one. The campaign itself is twice as long as Doom 2016, culminating in a story that has you unleashing total havoc on the bowels of hell to the highest reaches of heaven. The game also has double the demons as the yesteryear reboot, complete with old monstrosities like the cyberdemon, and new baddies like the Doom Hunter and the Marauder.

That's just the tip of the iceberg though. We've known for a while Doom Eternal would be a big, grindy game based on exploration with some RPG-like mechanics thrown in for good measure. But now we're seeing how this will actually manifest. Not only are the levels and maps absolutely massive with a new dimension of verticality thanks to the grappling hook shotgun, but there's tons of enemies and unlockables peppered throughout that incentivize you to keep on playing--and keep on racking up Combat Points to spend on upgrades.

The idea is to keep gamers busy with grinding out materials to upgrade weapons and armor, and keys that unlock goodies in the new Doom Fortress hub, thus making a kind of singleplayer-driven live game similar to Rage 2. 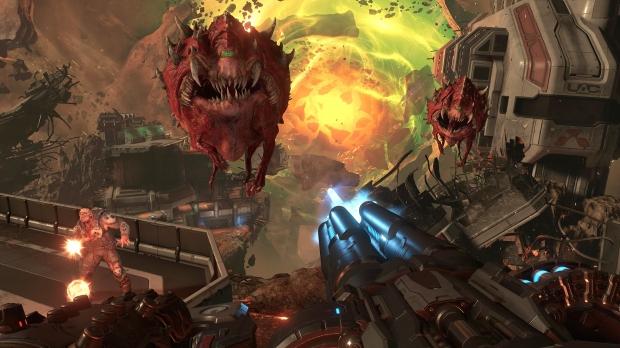 This replayability will expand dramatically post-launch, too. id Software has a roadmap in place to bolster Doom Eternal's already-robust content offerings to give gamers more ways to play (and replay) the game.

The biggest content drop is the Master Levels mechanic, which basically tosses in obscenely tough bosses into levels you've already beaten. It's kind of like a random world event in an MMORPG where a huge titanic boss spawns in and you battle it for the promise of goodies.

id hasn't really gone into detail on Master Levels, but we did get this snippet from a PlayStation Blog post: 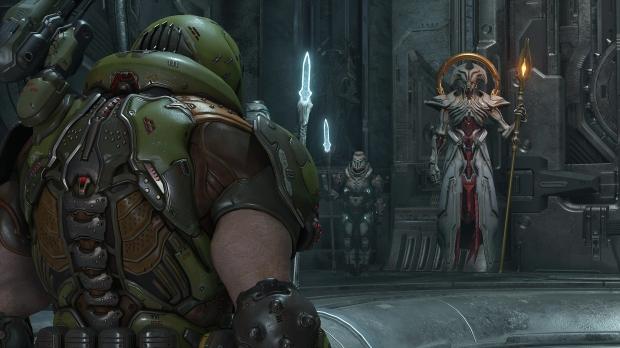 Again, this is just a piece of Doom Eternal's singleplayer DLC. The game will get two major post-launch expansions, complete with the new Battlemode multiplayer combat.

On top of the RPG-like progression, the massive maps with tons of enemies and champions to fight, and the new hub area, the Master Levels feature is the cherry on top of Doom Eternal's engagement cake. id is committed to making something we can play for years to come that not only has variety but also incorporates tons of potential for unique demon-slaying action.