Super Smash Bros. Ultimate fans don't have to worry about not getting any more DLC fighters as Nintendo has just announced that they will be adding six more. 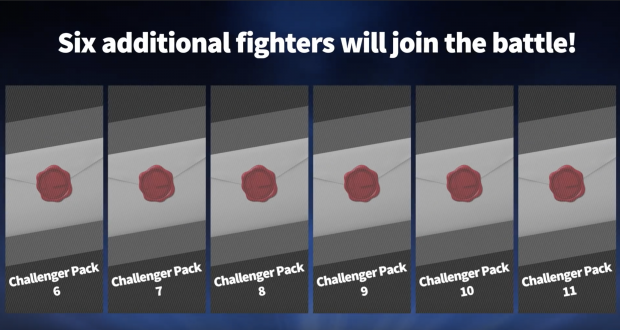 In the Super Smash Bros. Ultimate Direct that just finished last night, closer to the end of the livestream Super Smash Bros. Ultimate director Masahiro Sakurai revealed that he wasn't done adding new fighters. In fact, he won't be done for quite a while as Nintendo announced a new Fighters Pass that contains six new fighters -- Fighters Pass Volume 2.

Fighters Pass Volume 2 contains six new challengers, which are numbered Challenger 6 - 11. Nintendo will be making Fighters Pass Volume 2 available for purchase on January 28th, 2020. The livestream also revealed that all of these new DLC fighters would be released by December 31st, 2020. Judging by this date, I think it's safe to say that Nintendo is planning on releasing a new DLC fighter roughly every four months or so.