If you want some of the most insane storage you can cram into a PC, then you will want to check out ASRock's new Hyper Quad M.2 PCIe 4.0 Expansion Card. 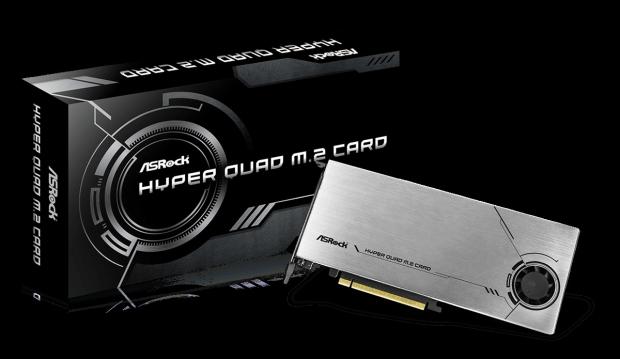 The 4 x onboard M.2 sockets are on a 45-degree angle inside of the card, a move by ASRock to keep the traces as short as possible -- meaning that the M.2 sockets have enough current, something that is imperative for the speeds that PCIe 4.0 SSDs can reach in the multiple GB/sec range. 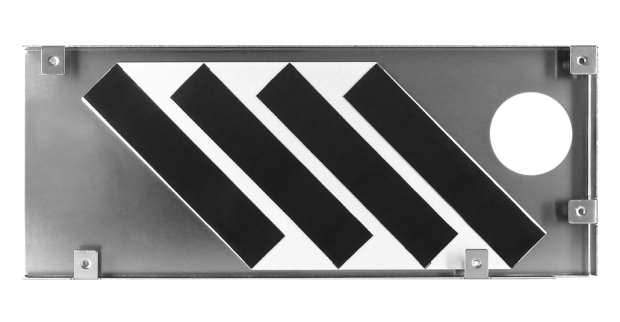 It has Bootable M.2 RAID support, where you can have up to 4 x PCIe 3.0 x4 NVMe M.2 SSDs on the AMD TR40/X399 platforms, as well as Virtual RAID on CPU (VROC) technology on Intel's competing X299 platform (Intel SSDs are the only ones that support VROC).

There is also a cooling fan to keep those ridiculously fast PCIe 4.0 SSDs nice and cool, with a 5cm fan keeping temps as low as possible. The fan in question is adjustable, with ASRock including a switch on teh PCB or you can use the included software to do it from Windows. 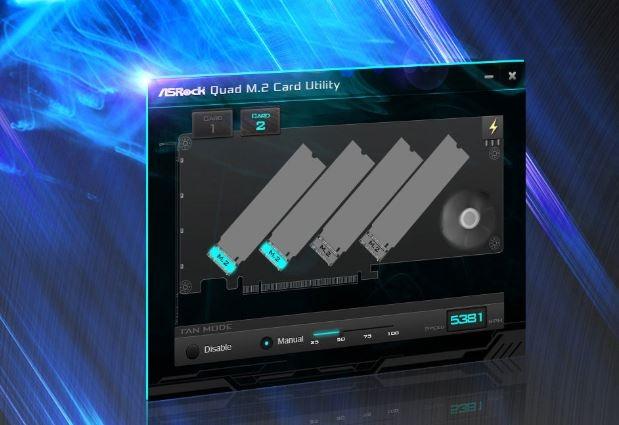 If you're like me, you're a speed freak -- so ASRock includes support for having multiple Hyper Quad M.2 PCIe 4.0 Expansion Cards in the single system. Imagine that! 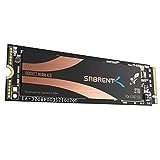