Astronomers have peered out into the vastness of space and located two more potentially habitable alien planets. 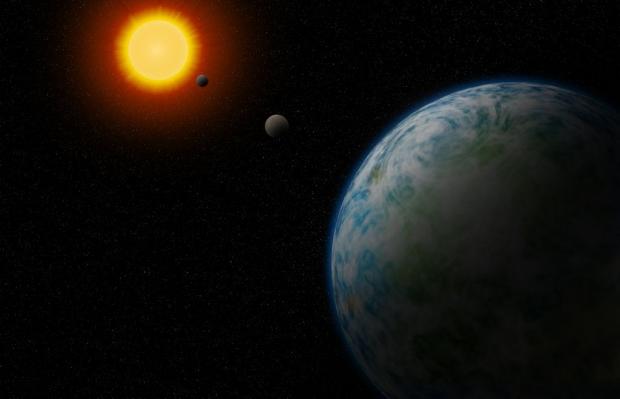 The two new worlds that could be our new homes some day are called 'GJ180 d' and 'GJ229A c' and orbit two red dwarf stars 'GJ229A' and 'GJ180', respectively. Both of the planets are located in the habitable zone of the red dwarf stars and are not total locked. Tidal locking is common for planets found next to red dwarfs, but it isn't good for survivability or an overall habitable planet as it can render the days extremely hot and the nights freezing.

Fabo Feng, of the Carnegie Institution for Science in Washington, D.C, said the planet 'GJ180 d' has a temperature close to Earths, so much so that the planet can be called a super-Earth. 'GJ180 d' is actually larger than Earth as well, its estimated that the exoplanet has 7.5 times the mass of Earth. "GJ180 d is the nearest temperate super-Earth to us that is not tidally locked to its star, which probably boosts its likelihood of being able to host and sustain life." If you are after more information check out this link here.