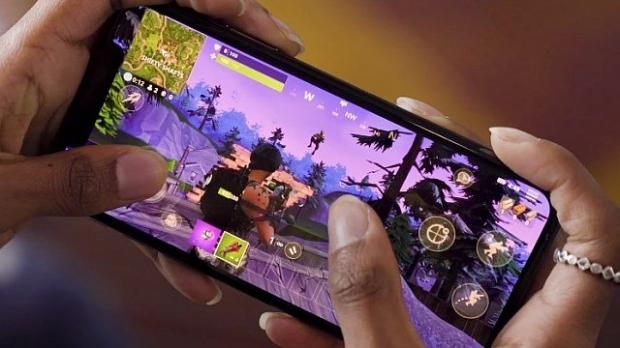 The new statistics have been released on the Sensor Tower website, and show that throughout 2019 a growth of 16.3% occurred in spending for Apple's App Store. In 2018, the App Store pulled in $46.6 billion in spending, compared to in 2019, where it managed to beat the record with $54.2 billion. Looking at the Android market in 2018, the Google Play Store's total revenue was estimated to be $24.8 billion. In 2019 that number increased slightly to $29.3 billion.

The mobile gaming market was a massive player in the total revenue, pulling in a lions share of $61.7 billion spent, a 12.8% increase when compared to 2018. So what mobile games generated the most revenue? According to Sensor Tower, games such as Honor of Kings, Pokemon GO, Fire Emblem Heroes, Garena Free Fire, Call of Duty Mobile, and more contributed the most towards the gaming market's total revenue earnings. The game that managed to rake in the most revenue was Tencent's Honor of Kings with a ridiculous $1.5 billion. 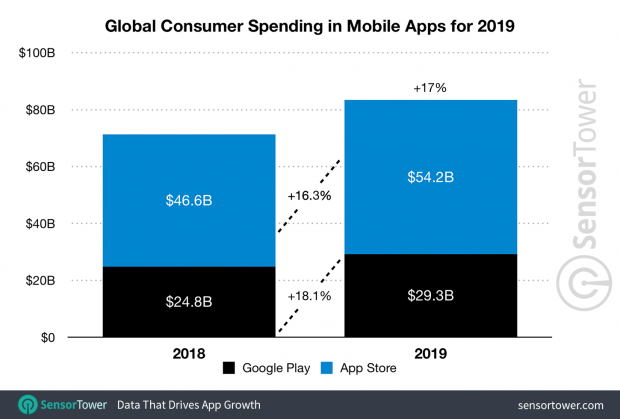 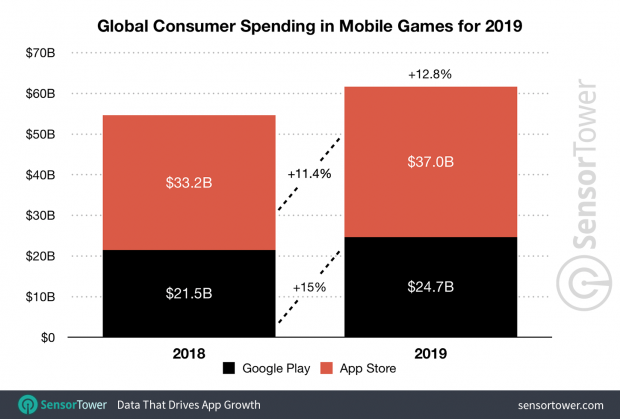