Interactive 3D renders of the Xbox Series X give an extensive look at the console's current case design, complete with ventilation, ports, and dual-orientation setup. 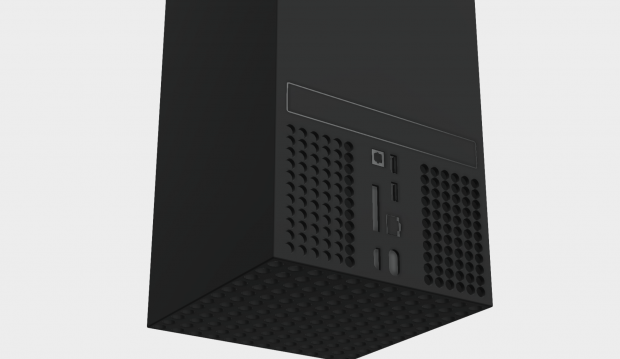 On the heels of AMD's recent Xbox blunder, key sources recently clarified info on the Xbox SX. Yes, the Xbox Series X has back and bottom thermal vents, and no, it doesn't have two HDMI ports with HDMI pass-through (at least currently).

The info has now also been independently verified with Windows Central, who made a nifty 3D render you can actually rotate and zoom in on. From what we can see, the Xbox SX has a pretty robust vertical-optimized cooling solution that mirrors the thermal cooling found in cases like the Phanteks Evolve Shift X.

The shoebox-shaped Xbox SX is marketed as a vertical-standing console, and the renders exemplify this. The Xbox Series X's vents look the same on the top and bottom with circular airflow holes. Air is likely pulled through the bottom via an intake fan, possibly 140mm for maximum cooling (the Xbox SX is certainly big enough to house 140mm fans) and pulled upward by an exhaust fan and exited by the top vents.

Remember that Phil Spencer said the Xbox SX is pretty quiet under load, so I'm curious what kind of fans are included. 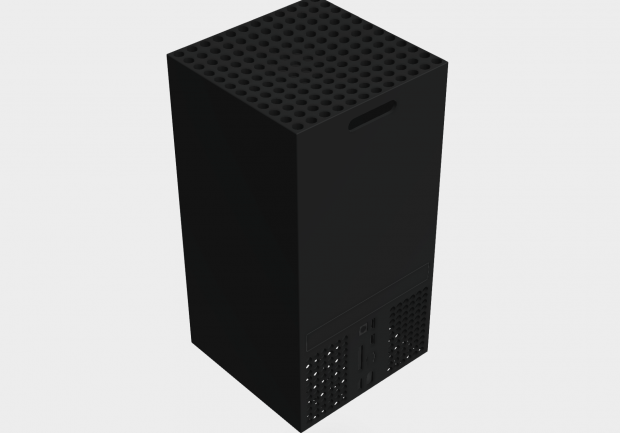 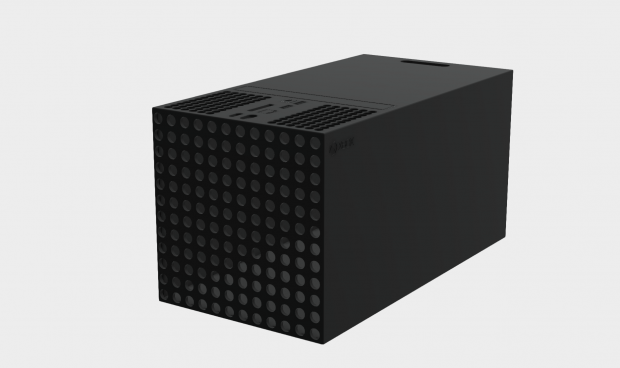 The console can also be turned on its side to resemble a footlocker or saltines box, and honestly this looks to be the best orientation for airflow because the vents have lots more room to pull and pass air.

There's also exhaust vents on the back side that'll help mitigate thermals under the insane 4K 60FPS stress Microsoft is shooting for.

The renders also show the back ports of the current Xbox SX, but again, things can change. Microsoft probably won't change the actual chassis shape--the tower has been revealed and should be set in stone--but the ports, fans, and ventilation might shift.