CES 2020 - NVIDIA has unleashed a special new CES 2020 labeled driver, with the new CES 2020 Game Ready Driver including a bunch of new features and adding performance to the latest AAA games. 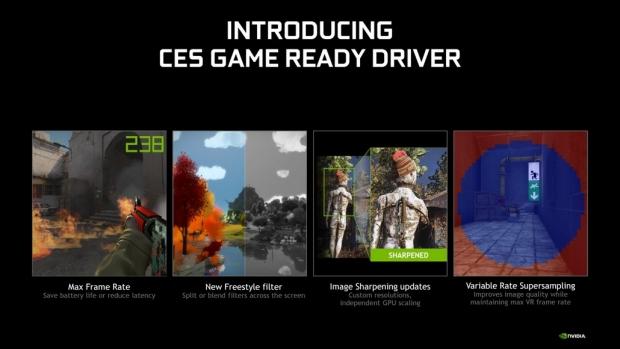 The new driver includes a slew of new features that see NVIDIA starting off 2020 with a bang, helping out RTX ray tracing and LSS support for Wolfenstein: Youngblood, as well as a new VRSS feature that taps Turing's Variable Rate Shading technology to improve image quality in VR games -- something I'll be testing next week. The full feature list of NVIDIA's new CES 2020 Game Ready Driver: 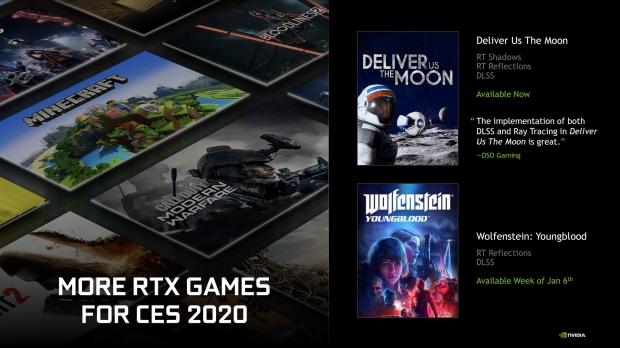 I think I'll need to run Wolfenstein: Youngblood through some benchmarks, since a GeForce RTX 2060 can push out 85FPS on its own at 1440p with ray tracing enabled -- but with DLSS turned on that performance jumps up by 1.4x to 117FPS average. 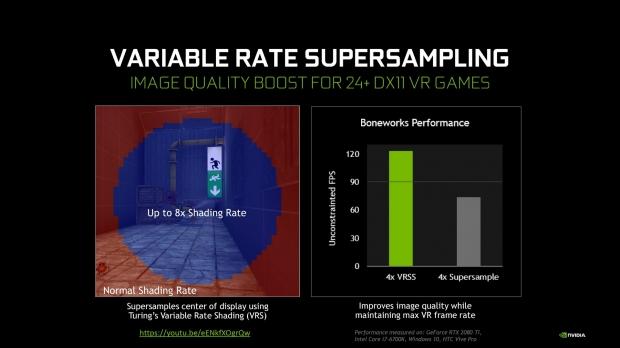 But it's the new VRSS (Variable Rate Super Sampling) available on the Turing GPU for VR that is a hugely impressive thing to see with the new drivers, offering improved image quality at the center of the frame (or image) which offers an 8x shading rate where your eyes are looking -- reducing image quality to the sides to save on performance.

NVIDIA is offering VRSS on over 24 different DX11-based VR games, seeing NVIDIA be the ones leading the VR charge with the best performance in the world offered with its Turing-based GeForce RTX series graphics cards mixed with these new CES 2020 Game Ready drivers and VRSS tech.