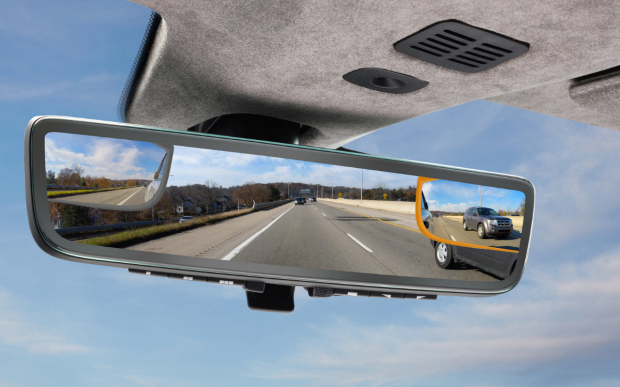 Aston Martin is doing that very thing and will be showcasing a new rearview mirror design that allows the driver to see three live video feeds simultaneously. Aston Martin developed the new unit with assistance from Gentex Corporation and have called the design the Full Display Mirror, or FDM for short.

So how does this work? Two cameras are positioned on the car's exterior mirrors, and the final third mirror is located on top of the car's roof. It should also be noted that if the driver is experiencing bad weather or the cameras happen to trip up and malfunction, the driver can adjust the rearview display to whatever fits their needs. At the moment, Aston Martin hasn't said when they would be rolling out this new rearview mirror design, but we might hear some updates at CES, so make sure to tune in for that.