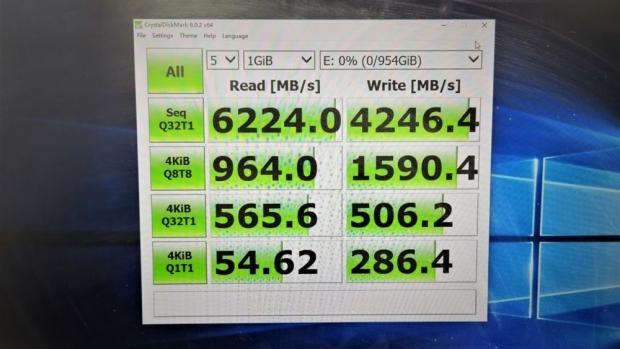 Lexar has been teasing a new prototype SSD t hat pushes 7GB/sec in IOMeter, and pushes 6442MB/sec in sequential reads in CrystalDiskMark, while pushing 4246MB/sec in sequential writes. Lexar itself has said the final retail version of this SSD will have close to the same speeds as it does in its current prototype form.

Right now, the fastest SSD in Lexar's product stack is the Lexar NM610 -- which comes in 250GB, 500GB, and 1TB capacities. Lexar's current flagship NM610 SSD reaches just 2.1GB/sec reads and 1.6GB/sec writes, so this new SSD is over 3x faster in reads alone which is a gigantic upgrade. 7GB/sec is no joke.