Instagram has just rolled out a new feature for the layout section of Instagram Stories. This new feature will allow users to create a cool collage.

The news was announced via the official Instagram Twitter account, which says that users can now capture and share multiple photos in their stories. The new update adds a collage feature that allows users to choose between two and six photos to combine together.

Instagram are continuously thinking of new innovative ways to keep its userbase using their stories section and not go back over to Snapchat. Or on the other side of the fence - attract Snapchat users over to Instagram. Instagram will no doubt, continue to add new features to their layout section, that will be designed to attract new users and keep their regular ones. 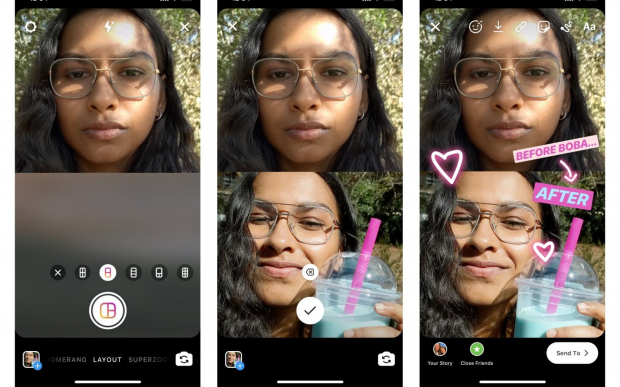 Instagram Secrets: The Underground Playbook for Growing Your Following (0692873953)