If you have been following Tesla news recently, then you would have probably seen the reveal of the new Cybertruck accompanied by an electric ATV.

While details on the Cybertruck were released, Tesla kept the details of their electric Cyberquad bike under wraps. Today, Tesla CEO and founder Elon Musk revealed on Twitter a titbit of information -- when the Cyberquad electric ATV was going to release.

Tesla Owners SIlicon Valley Twitter account, asked Musk "Any updates on the ATV?" Musk replied and said, the ATV is designed to work with the Cybertruck and current plans put the launch date alongside the truck. To catch up on some previous Cybertruck news, Tesla has already secured 200,000+ pre-orders of the unique looking vehicle, check that story out here. LEGO also poked some fun at the design with their own 'shatterproof' model, more on that here. 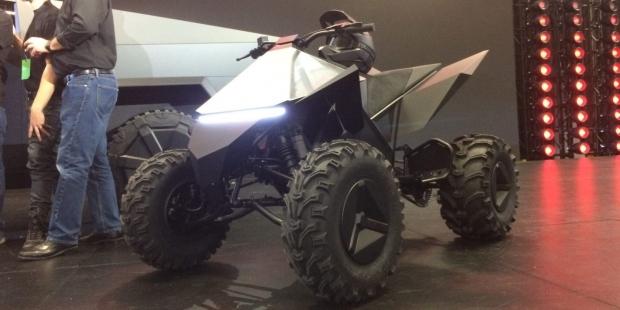