Firstly, yes, you did read that headline correctly, and that headline isn't a typo. The Hubble Space Telescope has taken an image of what is known as Hoag's object. 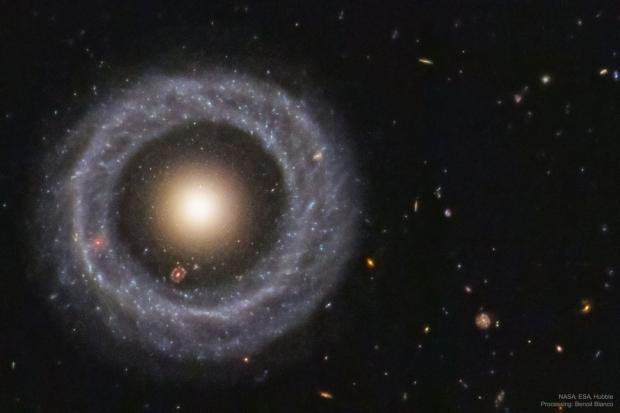 Hoag's object had perplexed astronomers since its discovery by Arthur Hoag back in 1950. Descriptions of the object are that it measures in at about 100,000 light-years across - larger than our Milky Way - and is located about 600 million light-years from our blue planet. The Hubble Space Telescope recent captured an image of the strange galaxy, and the image was processed by geophysicist Benoit Blanco.

Above, we can see the image which shows a ring of billions of blue stars that form a circle around another smaller ring of denser redder stars. Inside the dark space between the two circles is another galaxy that is located much farther away than the two previously mentioned. So, what's going on here? At the moment, astronomers can't quite put their finger on what has caused this phenomenon. Hoag himself said that the galaxy's strange rings could just be an optical illusion caused by gravitational lensing.