As we expected, Microsoft took to the stage during the annual XO19 event this year and revealed official gameplay for Age of Empires IV.

Above, we have the gameplay trailer that has been released onto the official Xbox YouTube Channel. From the video, we are introduced to a moderately sized city, and at first glance, we can certainly see there have been massive graphical upgrades to buildings, units, vegetation, and lighting when comparing to Age of Empires III.

It can also be noticed that units are walking on top of walls, much like in the Stronghold games, this is the first time Age of Empires has done this. Other cool aspects that can be noticed are: buildings can be destroyed and crumble like in Age of Empires II: Definitive Edition, units can have battle cry (probably depends on civilization), and when some buildings crumble they leave fire on the ground. Since this is only a minute worth of gameplay, there really isn't much to go off of, but so far Age of Empires IV looks incredible. 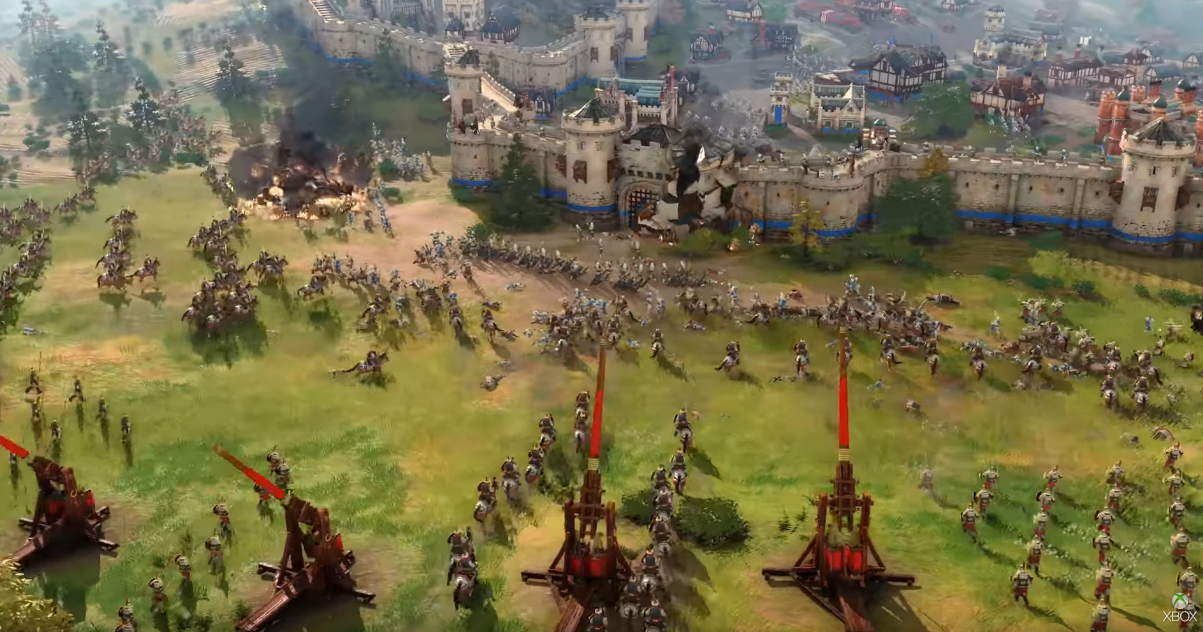