The rest of our PC components and peripherals have RGB lighting, with one of the last pieces of the RGB puzzle being our display connectivity in DisplayPort and HDMI cables with RGB lighting... until now.

The new cable is rated for HDMI 2.0b, so you'll be able to handle full 4K 60FPS at 4:4:4. They're also just one-fifth the weight of traditional copper cables at the same length, with Vivify saying their new cables are slim, soft, and pliable. You can squeeze them in anywhere, versus larger and stiff HDMI cables that when squeezed in a tight spot, will eventually fail. 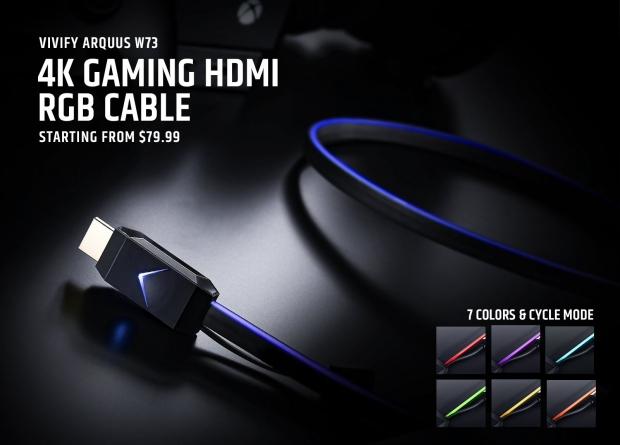