When I say handheld camera the most likely cameras to come to mind are probably GoPro, Dji Osmo Pocket or even the Insta360, but what about KanDao?

KanDao have announced a new 360 camera, the QooCam 8K. This camera comes in with the highest video recording resolution in its class of pocket cameras, with the capabilities of shooting in 8K at 30FPS. It can also shoot at 4K in 60 or 30FPS, and if you want to capture something in slow motion you can hit the slow motion mode and shoot in 4K at 120FPS.

The QooCam 8K can fit in your pocket but it still isn't that small, I feel as if it were in my pocket it would be uncomfortable due to its bulkiness. Regardless of that though, its a small price to pay for such a powerful portable camera. The camera sports a large 1/1.7-inch 20-megapixel sensor on both sides, a 2.4-inch OLED touchscreen, a 3,600mAh battery with USB PD 2.0 fast charging support, 64GB of onboard storage plus a microSD slot for extra. Pre-orders are currently available, and the asking price for the QooCam 8K is $589, more information can be found here. 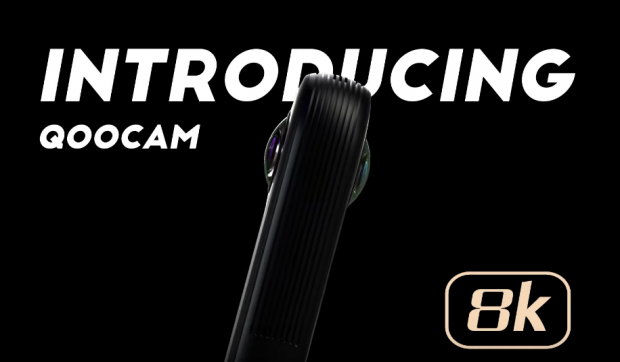