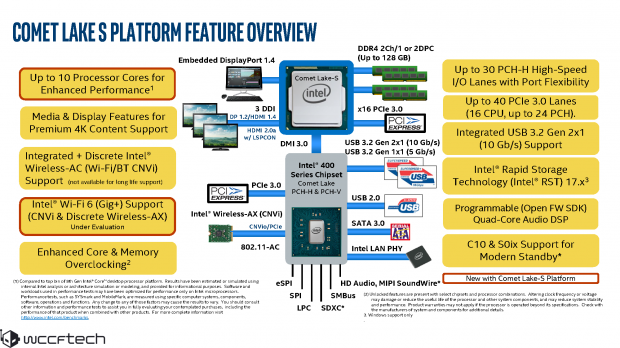 Intel will reportedly be using a refined 14nm+++ node for the new 10th gen Comet Lake CPUs, with the initial launch consisting of 9 different SKUs with many others dropping post-launch. We should expect everything from the low-end Celeron and Pentium CPUs through to Core i3, Core i5, Core i7, Core i9, and Xeon W variants of Comet Lake.

Intel is expecting somewhere around 18% performance improvements in multi-threaded compute workloads, and an 8% generational improvement in normal Windows tasks over the 9th gen parts on the market.