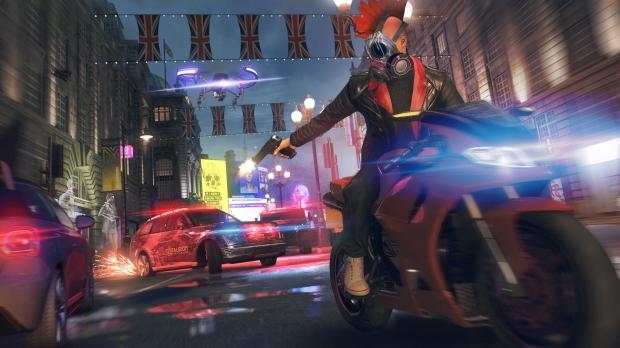 Cross-play is the next big frontier for publishers. It's perfect for digital-first companies like Ubisoft, Activision-Blizzard, EA and Take-Two Interactive that make billions every year from live services. Cross-play is one of the most potent engagement boosters out there because it lets PS4, Xbox One, and PC gamers play together in a shared environment. The more people who are playing, the more likely they are to continue playing. And the more gamers play, the more they pay for microtransactions, battle passes, and DLC.

Ubisoft understands this dynamic well. That's why the company wants to push cross-play into online-based megaton titles like Rainbow Six: Siege and even The Division 2.

"Our goal is to put cross-play on all the PvP games that we have at this time," Ubisoft CEO Yves Guillemot said during a recent 1H FY2020 earnings call.

We'll probably see Ubisoft bake cross-play into all of its biggest games--not just PVP-based titles. That means Watch Dogs Legion and the new Rainbow Six: Quarantine PVE game should support it, along with future titles like Beyond Good and Evil 2. After all, every Ubisoft game will have live services of some kind, and cross-play is absolutely massive for player retention, engagement, and overall spending.

Right now Ubisoft is currently developing a number of high-profile games. The publisher expects to release up to 9 AAA games in the next two years, all of which will be optimized for next-gen consoles like the PlayStation 5 and Project Scarlett systems.

Our guesses for these games include:

Ubisoft isn't alone in their cross-play interests. Activision-Blizzard is investing heavily into cross-play for all of its biggest games, the first of which is the new Modern Warfare reboot. Blizzard recently confirmed Diablo IV will have cross-play between consoles and PC.

Expect cross-play to be the new sticking point for publishers' top-tier titles.