The Matrix 4 will surely be one of the most-hyped movies ever, with returning franchise stars in Keanu Reeves and Carrie-Anne Moss being joined by How I Met Your Mother star Neil Patrick Harris. 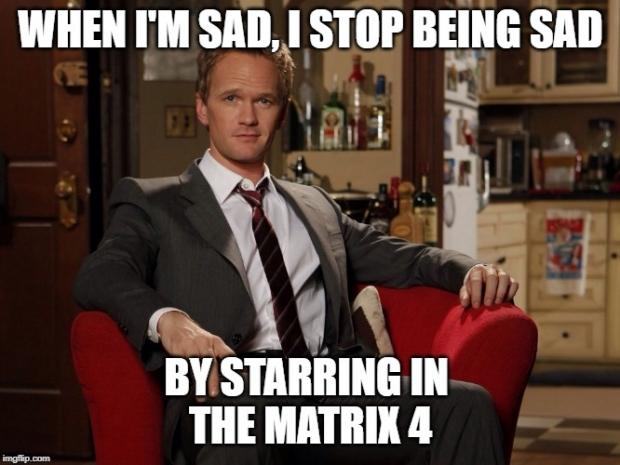 Variety has the scoop on Harris joining The Matrix 4, with no details on what role he will have in the movie. The Matrix 4 will be directed by the Wachowskis once again, while Aleksandar Hemon and David Mitchell co-wrote the script with Lana Wachowski (who will be the director of The Matrix 4).

Harris has been in plenty of big movies but nothing like The Matrix franchise, with my favorite role of Harris over the years definitely being Starship Troopers. He also starred in David Fincher's Gone Girl alongside Ben Affleck in an impressive, and creepy role. This news was so awesome I had to go off and make my own meme for it.