News has come out from the International Space Station (ISS) regarding the astronauts aboard completing the first of five spacewalks. 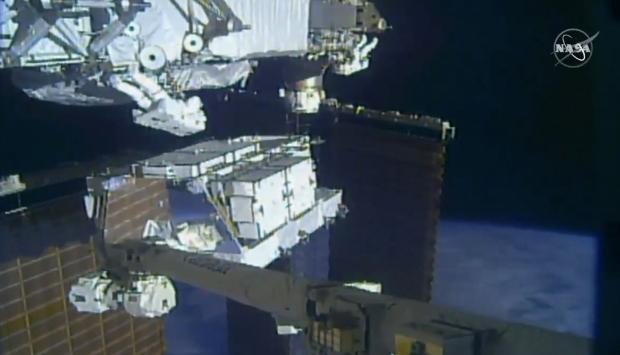 Astronauts Christina Koch and Andrew Morgan have just returned to the ISS after changing over a pair of old batteries. The astronauts were required to install a new pair of batteries that arrived at the ISS just this past week. The new batteries are lithium-ion, and are going to be a massive upgrade from the ISS' twelve old nickel-hydrogen batteries. The newly installed batteries are twice as good as the old ones, and are expected to last for the remainder of the ISS' life.

You are probably wondering what the batteries are powering, they are directly linked to the ISS' solar power network and since 2017 astronauts aboard the ship have been upgrading them. At the moment the astronauts aboard need to do another four more spacewalks to complete the transition from the old batteries to the new. The new batteries are so powerful that one is needed for every two of the old ones. Best of luck for the remainder of the spacewalks!