Detroit: Become Human isn't far from launching on the PC, and just before it does the team at Quantic Dream are popping champagne after the announcement that it has sold over 3 million units on the PS4 worldwide.

Quantic Dream took to their official Twitter account to announce the news, tweeting: "We are delighted to announce that Detroit: Become Human has now sold in excess of 3 million units on PS4 worldwide".

The game will be launching on the PC imminently, as an exclusive to the Epic Games Store. I wouldn't expect sales to double for a few reasons (Epic Game Store exclusivity being one of them) but we should expect another 500K-1M sales on top from PC gamers jumping into the world of Detroit: Become Human. 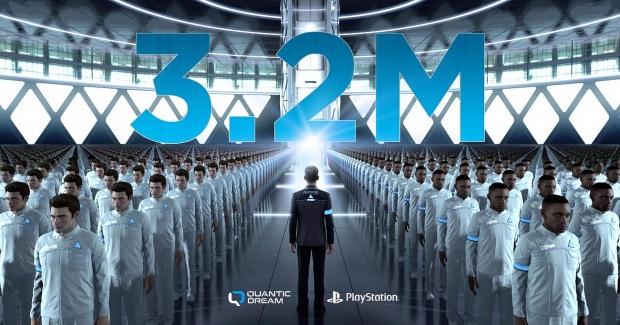